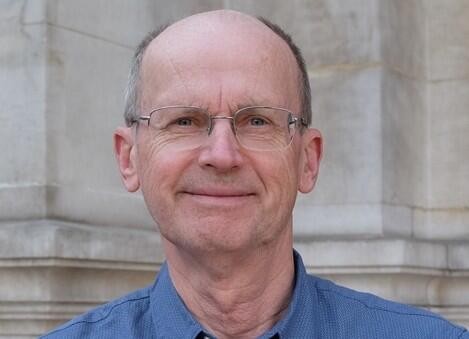 Tore Samuelsson is a professor in biochemistry and bioinformatics at the University of Gothenburg, Sweden. He started out his career as a molecular biologist, but in the last 20 years he has focused on teaching and research in the area of bioinformatics. He has been particularly interested in problems related to biological sequences, and he has studied molecular evolution and computational methods designed to understand the origin and evolution of both protein and non-coding RNA genes.

After having studied math and chemistry I started out my scientific career as an experimental biochemist. With "experimental" I mean in this case "wetlab" as opposed to the in silico world. For about twenty years I actually did quite a lot of pipetting, mixing, fractionation, purification, and what have you, in order to address different biochemical problems. This was in fact partly in the experimentally difficult days of B.C. ("Before Cloning"). As a consequence a biochemist would at the time often carry out very cumbersome protein purification, starting out with tons of biological raw material and ending up, hopefully, with a few milligrams of reasonably purified protein.

In addition, no one knew about computers in those days. However, I must have had an interest in computational matters because I remember that early during one of my university math courses there was an element of programming and I found that really interesting. The language was called ALGOL, not so popular today. One significant problem at the time was that once having written some code, there was no computer around for trying it out. It was simply a matter of writing pieces of code on a piece of paper. There must have been computers around somewhere but I guess only senior scientific staff had access to those.

Then came the days of cloning and gene technology and I became very interested in analysis of DNA and protein sequences. One commonly used software for sequence analysis in the 80s and 90s was the Genetics Computer Group (GCG) software suite, in our case running on a VAX computer system, and I used in extensively. One research project of mine was to clone and sequence tRNA genes. I had no access to software that could identify these genes and print their secondary structure. As I was interested in programming I therefore wrote some code in PASCAL to do that. And looking at the code now, it was rather awful, as I had no previous experience of programming.

Eventually I got so much involved in biological sequence analysis that I became a full time bioinformatician. In the early 1990s I started to learn about Unix and Perl. In 2001 an international master's program in bioinformatics was initiated at the Chalmers University of Technology in Gothenburg, Sweden; at that time the first programme of this kind in the country. I was for many years a teacher in that bioinformatics program. I was fortunate to meet a large number of highly motivated international students in that programme and I noted in particular that students had widely different educational backgrounds and I noted the very wide spectrum of disciplines from where bioinformaticians are recruited.

Quite recently high-throughput sequencing has revolutionized biology and has caused a renewed interest in biological sequence analysis. My book "Genomics and Bioinformatics: An Introduction to Programming Tools for Life Scientists"  was published by the Cambridge University Press in 2012. In this book I present a number of rather specific biological problems and how these may be addressed using relatively simple Unix and Perl tools. A typical reader of this book would be a life scientist with no previous background in computational techniques such as Unix and Perl but with an interest to learn more about these things.

The more recent textbook title of mine, "The Human Genome in Health and Disease : A Story of Four Letters" was published in February 2019. This book project started out with Garland Science. However, as the book was nearly complete this branch of Taylor and Francis was unfortunately shut down, and the publishing was taken over by CRC Press.

In addition to biological sequences, I'm interested in photography and in literature and music. In particular, I play the piano with a focus on jazz music.