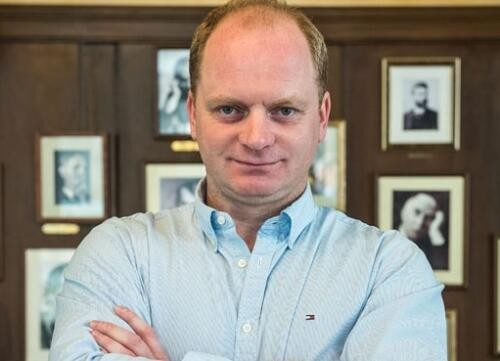 Kálmán Pócza is a senior research fellow at the Institute for Political Science of the Hungarian Academy of Sciences and associate professor at the Pázmány Péter Catholic University Budapest. His main research field are constitutional adjudication, constitutionalism and parliamentarism.

He is the principal investigator of the JUDICON research project (www.judicon.tk.mta.hu) 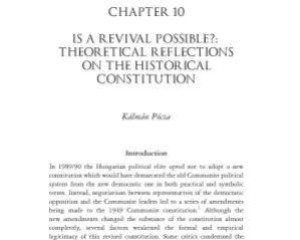 Is a Revival Possible? Theoretical Reflections on the Historical Constitution

In this chapter, I focus on the theoretical and empirical objections raised against a possible revival of the Hungarian historical constitution after the adoption the new Fundamenatal Law of Hungary (2011). First, I present the main objections of the legal scholarship and, secondly, counter these arguments. 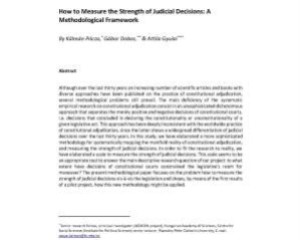 How to Measure the Strength of Judicial Decisions: A Methodological Framework

In this study, we have elaborated a more sophisticated methodology for systematically mapping the manifold reality of constitutional adjudication, and measuring the strength of judicial decisions. In order to fit the research to reality, we have elaborated a scale to measure the strength of judicial decisions. This scale seems to be an appropriate tool to answer research question: to what extent have decisions of constitutional courts constrained the legislative’s room for maneuver? 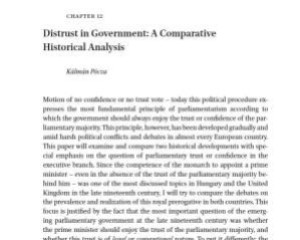 This paper will examine and compare two historical developments with special emphasis on the question of parliamentary trust or confidence in the executive branch. Since the competence of the monarch to appoint a prime minister was one of the most discussed topics in Hungary and the United Kingdom in the late 19th century, I will try to compare the debates on the prevalence and realization of this royal prerogative in both countries. 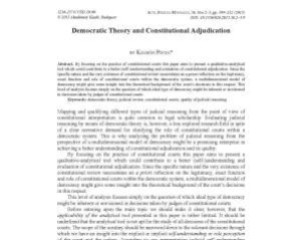 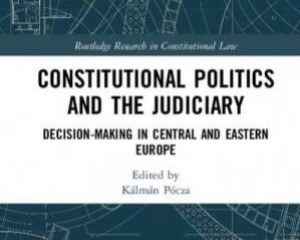 Constitutional Politics and the Judiciary: Decision-making in Central and Eastern Europe (edited by Kálmán Pócza) was released on 28th November 2018 at Routledge. The volume uses the methodology and database of JUDICON project (www.judicon.tk.mta.hu).

Recent confrontations between constitutional courts and parliamentary majorities, for example in Poland and Hungary, have attracted international interest in the relationship between the judiciary and the legislature in Central and Eastern European countries. Several political actors have argued that courts have assumed too much power after the democratic transformation process in 1989/1990. These claims are explicitly or implicitly connected to the charge that courts have constrained the room for manoeuvre of the legislatures too heavily and that they have entered the field of politics. Nevertheless, the question to what extent this aggregation of power has constrained the dominant political actors has never been examined accurately and systematically in the literature. The present volume fills this gap by applying an innovative research methodology to quantify the impact and effect of courts’ decisions on legislation and legislators, and to measure the strength of judicial decisions in six CEE countries.