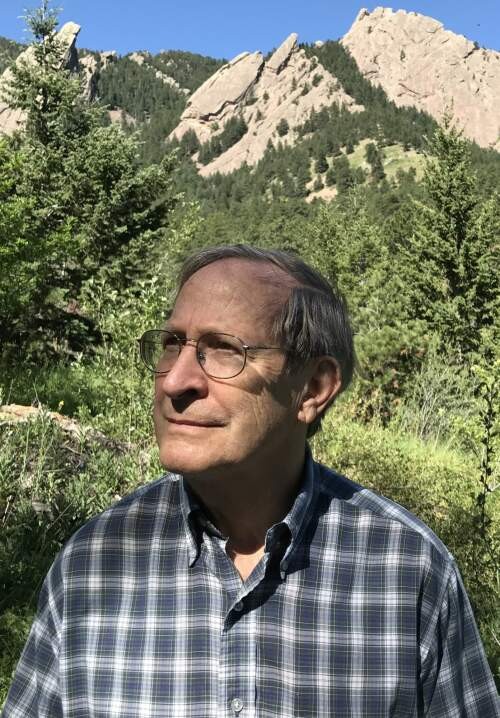 I taught freshman biology for 20 years, cancer biology for 9, and graduate cell biology for 45. My research focuses on mitosis in both normal and cancerous cells, which has earned me an American Cancer Society Research Professorship and election to the National Academy of Sciences. My understanding of cancer was transformed by the death of my oldest son from lung cancer at age 32, so my current interest is helping people with little background in science understand cancer in its broadest terms.

Richard McIntosh received an AB in Physics (1961) and a PhD in Biophysics (1968) from Harvard University.  For the latter he worked in the laboratory of Keith R. Porter on the morphogenetic action of microtubules in changing the shape of developing cells.  Towards the end of that project he became fascinated by the role of microtubules in mitosis and has continued to work largely on that subject ever since. He stayed in the Harvard Biology Dept. for two years but moved to Colorado in 1970, where he has worked ever since. In 1984 he became director of the Boulder Lab for 3-D Electron Microscopy and served in that capacity for 22 years. In 2000 he was appointed a Distinguished Professor of the University of Colorado, and in 2006, he “retired”, allowing him to do the research and writing he chose.
His research has been supported by grants from the NSF, the NIH, and the American Cancer Society, including several Scholar Awards to support sabbatical research in England with Sydney Brenner, John Kilmartin, and Paul Nurse. In 1994 he served as President of the American Society for Cell Biology and was appointed a Research Professor of the ACS.  He has received research awards from from the University of Colorado, from the 2nd Internat. Malpighi Symposium, and from the ASCB. In 1999 he was elected to the National Academy of Sciences and the American Academy of Arts and Sciences.  Over the last 45 years, he has taught freshman biology, cell biology, cancer biology, and a variety of graduate courses in cell structure and function.   More recently, he has taught cell biology and done research in both East and West Africa, supported by a Fulbright fellowship and then the Carnegie Corporation of New York.  Thanks to support from the National Institutes of Health and the hospitality of his Department, he is continuing research on mitosis, trying to understand the relative importance of microtubule dynamics and motor enzyme action in the accurate segregation of chromosomes.

My personal interests have long been focused on my family. This includes my wife Marjorie, a Professor Emerita of History at the University of Colorado, my son Craig, an economist specializing in developing countries, my daughter Beth, an archeologist specializing in ancient civilizations of the Anatolian Peninsula, and my son Rob, who died 20 years ago from lung cancer at the age of 32. This sad event motivated the writing of “Understanding Cancer.”  My addition interests include hiking in the Colorado mountains, playing chamber music, and reading fiction.