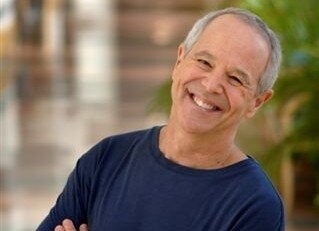 Dr. Rippe is a graduate of Harvard College and Harvard Medical School with post graduate training at Massachusetts General Hospital. He is currently the Founder and Director of the Rippe Lifestyle Institute (RLI). Over the past 25 years Dr. Rippe has established and run the largest research organization in the world exploring how daily habits and actions impact short and long-term health and quality of life.

Dr. Rippe is a graduate of Harvard College and Harvard Medical School with post graduate training at Massachusetts General Hospital. He is currently the Founder and Director of the Rippe Lifestyle Institute.
Over the past 25 years Dr. Rippe has established and run the largest research organization in the world exploring how daily habits and actions impact short and long-term health and quality of life. This organization, Rippe Lifestyle Institute (RLI), has published hundreds of studies that form the scientific basis for the fields of lifestyle medicine and high performance health. Rippe Lifestyle Institute also conducts numerous studies every year on physical activity, nutrition and healthy weight management.

Dr. Rippe is regarded as one of the leading authorities on preventive cardiology, health and fitness and healthy weight loss in the United States. Under his leadership the Rippe Lifestyle Institute has conducted numerous research projects on cardiovascular risk factor reduction, fitness walking, weight loss, running, basketball, bodybuilding, cycling, rowing, cholesterol reduction and low fat diets. Laboratory members have presented over 275 papers at national medical and scientific meetings in the last twenty-five years. Dr. Rippe has written over 400 publications on issues in medicine, health and fitness, and weight management. He has also written 50 books including 32 medical texts and 18 books on health and fitness for the general public.

Dr. Rippe edits the major academic textbook teaching physicians about diverse aspects of cardiovascular medicine and the impact of lifestyle decisions on good health. This book, Lifestyle Medicine, (2nd ed., CRC Press, 2013) is the first book to guide physicians in the diverse aspects of how to incorporate lifestyle recommendations into the practice of modern medicine. His intensive care textbook, Irwin and Rippe’s Intensive Care Medicine (7th edition, 2011; co-edited with Dr. Richard Irwin) is the world’s leading textbook on intensive and coronary care.

Dr. Rippe's work has been featured on The Today Show, Good Morning America, PBS "BodyWatch," CBS Morning and Evening news and CNN and in a variety of print media including the New York Times, New York Times Magazine, L.A. Times, Wall Street Journal and many monthly publications. He comments regularly on health and fitness for USA Today, American Health and Prevention. He served for three years as Medical Editor for the Television Food Network (TVFN).

In 1989 Dr. Rippe was named Fitness Educator of the Year by the International Dance Exercise Association (IDEA). In 1990 he was named one of the 10 national "Healthy American Fitness Leaders" by the United States Jaycees and the President's Council on Physical Fitness and Sports. In 1992 he received a Lifetime Achievement Award from IDEA. In 2000 he was named one of the 100 Most Influential People in Central Florida for his work at the Rippe Health Assessment at Celebration Health. In 2001 he was appointed to the Florida Council of 100 by Governor Jeb Bush.

A lifelong and avid athlete Dr. Rippe maintains his personal fitness with a regular walk, jog, swimming and weight training program. He holds a black belt in karate and is an avid wind surfer, skier and tennis player. He lives outside of Boston with his wife, television news anchor Stephanie Hart and their four children, Hart, Jaelin, Devon and Jamie.