Robin Andersen teaches communication and media studies at Fordham University. She has written 9 books, 3 single authored. A Century of Media, A Century of War won the Alpha Sigma Nu Book Prize in 2007. She is currently editor of a book series for Routledge, and has written dozens of book chapters and journal articles. She also writes journalism criticism for online publications and can be seen on a number of educational videotapes.

Robin Andersen teaches communication and media studies at Fordham University and is the author of 9 books, 3 single authored. A Century of Media, A Century of War won the Alpha Sigma Nu Book Prize. She co-edited Routledge Companion to Media and Humanitarian Action, and is a series editor of the Routledge Focus Book Series on Media and Humanitarian Action. Her book, with Adrian Bergmann, Media, Central American Refugees and the U.S. Border Crisis: Security Discourses, Immigrant Demonization and the Perpetuation of Violence, was published in 2019.

The paperback edition of, HBO’s Treme and the Stories of the Storm: From New Orleans as Disaster Myth to Groundbreaking Television, has just been release. She also writes media criticism for Fairness and Accuracy in Reporting, and various other publications, and can be seen on a number of educational videotapes. She is a Project Censored Judge, and her article about Russia-gate was recognized as a Top Ten Project Censored Story for 2018. She is active on social media with a blog Traveling Wild, and on Twitter @TravelRobin and @MediaPhiled Facebook and Instagram.

She helps design strategic communication practices and messaging for environmental and humanitarian issues, working with students to promote new visions of the earth and the communities at risk from conflict and environmental crises. 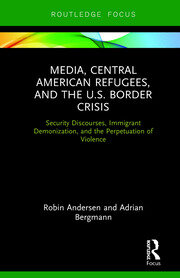 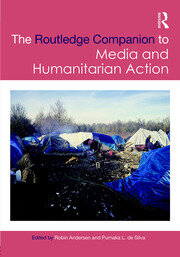 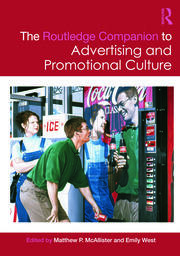 This is the third section of an Interview with Robin Andersen about student activism organizing for social change through collective action. She talks about feeling empowered by collective action, and recalls the NYC protest against the Invasion of Iraq.

Robin Andersen talks about student activism at Fordham University, and the historical protests in New York City before the 2003 US Invasion of Iraq.

Deep Dich TV: Shocking and Awful, Channels of War: The Media is the Military

Robin Andersen is featured in this video titled "Channels of War: The Media is the Military," part 10 of a twelve episode series from Deep Dish TV on the war in Iraq. The programs address the implications and consequences of military actions in Iraq. Here Andersen illustrates the how, leading up to the invasion, TV news celebrated the war uncritically, and used entertainment tropes to portray the war as a TV reality war, further distancing audiences from war's grim realities.

Hollywood's Grip on the Pentagon

An expose of the ways in which the Pentagon Liaison Office shapes media portrayals of the military and military operations across the media, from video games to film. To ensure positive depictions of the military, film scripts are vetted, and only those willing to submit to Pentagon censorship are supplied in return, with access to aircraft, personnel, military bases, and much more.