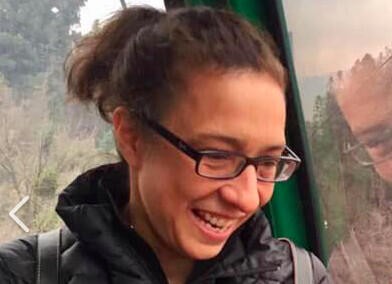 Sheila J. Nayar is a professor of English, communication and media studies at Greensboro College, NC. Her work focuses on the intersections of narrative, technology, and phenomenology -- particularly apropos orality and alphabetic literacy. Her monographs include Before Literature (Routledge), Renaissance Responses to Technological Change (Palgrave Macmillan), The Sacred and the Cinema (Bloomsbury), and Cinematically Speaking (Hampton/Sage). She can be reached at [email protected]

Sheila J. Nayar has had a rich, if productively roundabout history as an academic. She is at heart a technecologist, intellectually immersed in how an instrument (the technology) inter-animates with human skill (the techne) within the wider social and cultural environment (the ecology). Her PhD dissertation in English & Comparative Literature focused on how the printing press, gunpowder, and magnetic compass influenced literature writ large in the long sixteenth century. This later became the basis for her fourth book, Renaissance Responses to Technological Change (Palgrave Macmillan, 2018), as well as for a two-part essay in Studies in Philology on the impact of gunpowder culture on the the early modern English romance up to the time of the civil wars.

Much of her earlier scholarship, however, deals with the epistemic impact of writing technologies -- or of their relative absence -- on the structure and content of visual narrative. To do so, she innovatively imported into cinema studies the ideas of such thinkers as Walter J. Ong, Eric Havelock, Milman Parry, and A.R. Luria. The crux of this work appears in two monographs, Cinematically Speaking: The Orality-Literacy Paradigm for Visual Narrative, which won the 2011 Marshal McLuhan Award for Outstanding Book in the Field of Media Ecology, and The Sacred and the Cinema: Reconfiguring the "Genuinely" Religious Film; as well as in journals such as Film Quarterly, the Journal of the American Academy of Religion, Visual Anthropology, and PMLA. The latter, the flagship journal of the Modern Language Association, referred to her work as comprising a "controversial new theory of cinematic literacy." She has engaged with cinema of many sorts in the development of this theory, including art cinema, Bollywood masala films, Indian parallel cinema, Hollywood biblical spectaculars, and global silent cinema, as well as with notions of film aesthetics and canonicity. She has also extended this work into the non-visual realm, including vis-a-vis epics like Beowulf, the Old French fabliaux, and early African-American slave narratives.