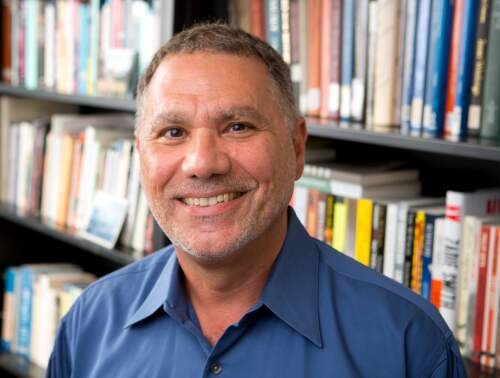 Professor of English
University at Buffalo

Joseph M. Conte is Professor of English at the University at Buffalo, where he teaches twentieth- and twenty-first century literature. His research interests include the post-9/11 novel, literature of migration, postmodernism, multimodal literature, and film adaptation. He is also the author of Design & Debris: A Chaotics of Postmodern American Fiction and Unending Design: The Forms of Postmodern Poetry. He received his Ph.D. in English and American Literature from Stanford University in 1988.

Joseph M. Conte is Professor of English at the University at Buffalo, where he teaches twentieth- and twenty-first century literature. His research interests include transnational politics and the global novel, literature after 9/11, postmodern fiction and theory, the literature of migration, multimodality in literature, film adaptation of the novel, literature and science, modern poetry and poetics.

His latest book, Transnational Politics in the Post-9/11 Novel, published by Routledge in November 2019, is available in both hardback (9780367236069) and eBook (9780429280733) formats. Transnational Politics in the Post-9/11 Novel suggests that literature after September 11, 2001 reflects the shift from bilateral nation-state politics to the multilateralism of transnational politics. While much of the criticism regarding novels of 9/11 tends to approach these works through theories of personal and collective trauma, this book argues for the evolution of a post-9/11 novel that pursues a transversal approach to global conflicts that are unlikely to be resolved without diverse peoples willing to set aside sectarian interests. These novels embrace not only American writers such as Don DeLillo, Dave Eggers, Ken Kalfus, Thomas Pynchon, and Amy Waldman but also the countervailing perspectives of global novelists such as J. M. Coetzee, Orhan Pamuk, Mohsin Hamid, and Laila Halaby. These are not novels about terror(ism), nor do they seek comfort in the respectful cloak of national mourning. Rather, they are instances of the novel in terror, which recognizes that everything having been changed after 9/11, only the formally inventive presentation will suffice to acknowledge the event’s unpresentability and its shock to the political order.

Earlier books include Design & Debris: A Chaotics of Postmodern American Fiction, which received the Agee Prize in American Literary Scholarship from the University of Alabama Press in 2002. Unending Design: The Forms of Postmodern Poetry was published by Cornell University Press in 1991 and released as an eBook in 2016. Book chapters, journal articles, and review essays on a wide range of contemporary literature and criticism appear in The Encyclopedia of American Fiction, 1980-2020 (Wiley, 2020), Trump Fiction (Lexington Books, 2019), American Literature in Transition: 1990-2000 (Cambridge UP, 2017), Passage (Aarhus UP, Denmark), Twenty-First Century Literature (Seoul National University, South Korea), Modern Fiction Studies, Essays on Italian American Literature and Culture (Calandra Institute, 2012), Critique: Studies in Contemporary Fiction, The Cambridge Companion to Don DeLillo (Cambridge UP, 2008), The Holodeck in the Garden: Science and Technology in Contemporary American Fiction (Dalkey Archive Press, 2004), the Dictionary of Literary Biography: American Poets Since World War II (editor and contributor, Gale Research Press), Sagetrieb, and The Review of Contemporary Fiction, among others.

Conte has been a SUNY Senior Fellow at the New York—St. Petersburg Institute of Linguistics, Cognition and Culture in St. Petersburg, Russia and Visiting Professor in Comparative Literature at Capital Normal University in Beijing, China. He has been awarded a University at Buffalo Humanities Institute Faculty Research Fellowship, a Lilly Foundation Teaching Fellowship, and a Whiting Foundation Fellowship in the Humanities. He received his Ph.D. in English and American Literature from Stanford University in 1988.

My research interests include twentieth- and twenty-first century literature with an emphasis on post-9/11 fiction, the global novel, literature of migration, film adaptation of the novel, postmodern literature and theory, literature and science, and modern poetry and poetics. 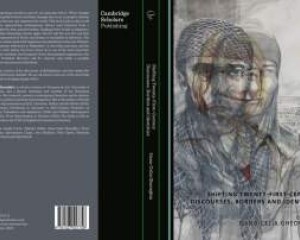 The world is spinning around us and we are spinning with it. When changes occur at the geopolitical level, inevitable changes also occur in people’s identity and in the way they see and represent the world. This book looks at this world with new eyes, approaching contemporary history (and herstory) from a scholarly perspective that cancels borders. 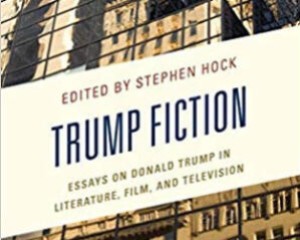 The Deep Web of Conspiracies: Under the Shadow of Trump Tower in Thomas Pynchon’s Bleeding Edge

Trump Fiction: Essays on Donald Trump in Literature, Film, and Television examines depictions of Donald Trump and his fictional avatars in literature, film, and television, including works that took up the subject of Trump before his successful presidential campaign (in terms that often uncannily prefigure his presidency) as well as those that have appeared since he took office. 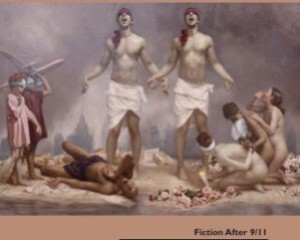 Don DeLillo’s Falling Man and the Age of Terror

Don DeLillo’s Falling Man (2007) offers a dialectical critique of the transnational politics of globalization and terrorism through the figures of a traumatized survivor of the fall of the towers, a performance artist who recapitulates the spectacle of horror on 9/11, and a young jihadist bent on martyrdom. If al-Qaeda terrorists seized the world narrative on that day, DeLillo’s novel offers a counter-narrative in its tripartite recursive form and in the eponymous falling man. 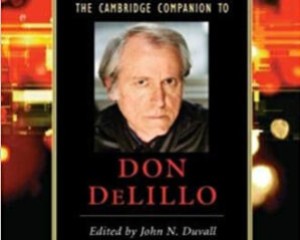 Writing amid the Ruins: 9/11 and Cosmopolis

With the publication of his seminal novel White Noise, Don DeLillo was elevated into the pantheon of great American writers. His novels are admired and studied for their narrative technique, political themes, and their prophetic commentary on the cultural crises affecting contemporary America. DeLillo's fiction encourages the reader to think historically about such matters as the Cold War, the assassination of President Kennedy, threats to the environment, and terrorism. 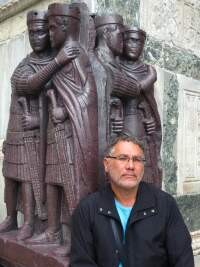 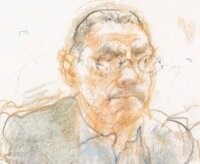 A presentation of the introduction to my book, Transnational Politics in the Post-9/11 Novel, as part of the University at Buffalo Humanities Institute Scholars @ Hallwalls lecture series in Fall 2013.