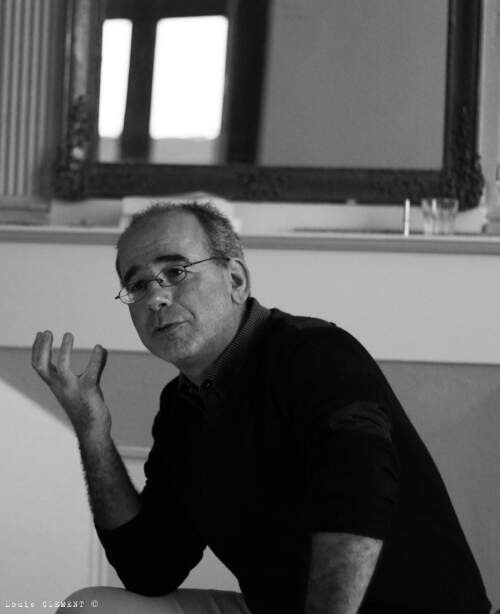 Makis Solomos was born in Greece and lives in France. He is Professor of Musicology at University Paris 8 and director of the research team MUSIDANSE. He has published many books and articles about new music, and he is one of the main international specialists of Xenakis’ music. After publishing the book From Music to Sound, he is now developing the frameworks for an ecology of sound and music.

Prof. Makis Solomos was born in Athens in 1962 and studied composition and musicology in Paris. From 1998 to 2010, he was associate professor at University Montpellier 3. Since 2010, he is Professor at University Paris 8. He is the director of the research team MUSIDANSE.  As a musicologist, he has published many books, articles, and papers. He also organized many symposiums and edited their proceedings. His research belongs to two main fields:
1. Research on Xenakis. One of the leading figures in Xenakis studies, he has opened new paths in this field. In his PhD thesis and later publications, “bracketing” (in the phenomenological sense of the word) Xenakis’s music, he showed that it can be analyzed as composed sound. Then he investigated the world of the young Xenakis (before Metastaseis). After the opening of Xenakis’s archives following the composer’s death in 2001, he began to work on the critical edition of his writings. He started conducting genetic studies with instrumental as well as electroacoustic music. His last project is about performing Xenakis’ music.
2. Research on today’s music and art. Influenced by philosophical readings (Adorno, Heidegger, Benjamin, etc.) but also interested in analytical questions, he explored various subjects: the question of space, the relationship between technics and technology, the notion of globalization, spectral music, the granular paradigm… He wrote articles about various composers, and he has co-founded the review Filigrane. Musique, esthétique, sciences, société. In his book From Music to Sound, he examines how sound has become a major issue for music. His recent researches are about the idea of an ecology of sound in the broad sense. He is working on the project Arts, ecologies, translations and he is preparing a book on the subject.