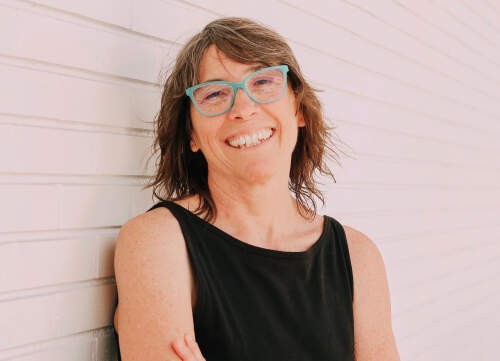 Barb Brents is a Professor in the Sociology Department at the University of Nevada, Las Vegas. She studies sexuality, gender and politics in market culture. She is the author of Paying for Sex in the Digital Age (with Teela Sanders and Chris Wakefield), 2020, and The State of Sex: Tourism sex and Sin in the New American Heartland (with Crystal Jackson and Kate Hausbeck Korgan), 2010, on Nevada's legal brothels.

Barb Brents' research uses a political economy lens to study sex and gender in neoliberal market culture. Her recent work uses the sex industry as a site to understand the intersections of culture and economics — including the relation between consumption and sexuality; sex work; the emotional and bodily labor of selling sex; the construction of “market morality” in political debates around sexuality; and most recently, consuming commercial sexual services. She an expert on Nevada's legal brothels and is interested in comparing the effects of different legal systems on the conditions of sex work. She is involved in a number of collaborative projects with colleagues at UNLV, the United Kingdom, Europe, Canada and Australia exploring sexual commerce and consumption and the politics and regulation of sexuality. Past research also has explored intersections of politics, culture, economics, and gender looking at topics such as the politics of terrorism and violence, business and social policies and social sustainability in Las Vegas.  Her research has been published in the American Sociological Review, Men and Masculinities, Sexualities, Sociological Perspectives, the Journal of Interpersonal Violence, Sexuality Research and Social Policy, the Journal of Contemporary Ethnography, and Social Science and Medicine.

Brents’ work has been featured in the New York Times, Chronicle of Higher Education, and Slate Magazine, and she has been interviewed by the Wall Street Journal, Time, Rolling Stone and Business Week. Brents received the Nevada Regents Outstanding Graduate Advisor award, the UNLV Outstanding Graduate Faculty Award and the UNLV Alumni Faculty Award.  In 2014 she received the UNLV College of Liberal Arts, Donald Schmiedel Lifetime Service Award and the 2015 University of Missouri Noel P. Gist Distinguished Alumni Award.  She also served National Board of the American Civil Liberties Union and as the Nevada State ACLU President.

She enjoys hiking, biking, tennis, and anything outdoors.