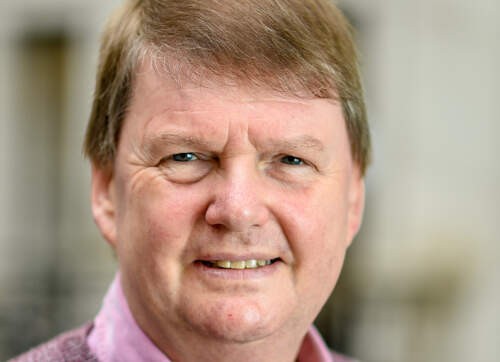 Simon James is the author of “Prime Minister and Cabinet Government” and “British Government: a reader in policy-making” and of many chapters and journal articles. He is a Visiting Research Fellow in the Department of Political Economy at King’s College London. Formerly a British and international civil servant, including spells at the Cabinet Office and OECD, he now advises overseas governments on central government reform, working principally for the World Bank and the British Gove

A graduate of the London School of Economics, Simon James worked for 20 years as a British public servant in, successively, London local government, the Department for Education and Employment, the Cabinet Secretariat (working on the Blair government's constitutional reform programme) and the Organisation for Economic Co-operation and Development in Paris.
Since 2001 he been a freelance adviser to governments in Eastern Europe, Central Asia, Africa and the Caribbean, including extended spells in Kosovo, Antigua and Somalia. His clients have included the British government, the World Bank and European Commission. He specialises in central government policy-making, particularly the reform of Prime Ministers' Offices and Cabinet Secretariats; he also works on all aspects of political and civil service reform, and public policy management. He is currently working with the governments of Bosnia-Herzegovina, Georgia and Mongolia.
Simon has been a Visiting Research Fellow in the Department of Political Economy at King’s College London since 2015, and serves on the college’s research ethics committee. He has published many articles in academic journals including Public Administration, Policy Studies, Parliamentary Affairs and Public Law, and has contributed many chapters to edited collections. He has also authored research reports commissioned by the OECD and has contributed to publications of the World Bank, the United Nations Development Programme and the Organisation for Security and Co-operation in Europe.

Organisation and management of central government, particularly prime ministers'/presidents' offices and Cabinet systems, in the United Kingdom and around the world.
Civil service management, particularly the appointment and roles of senior civil servants.
British political history since 1900.