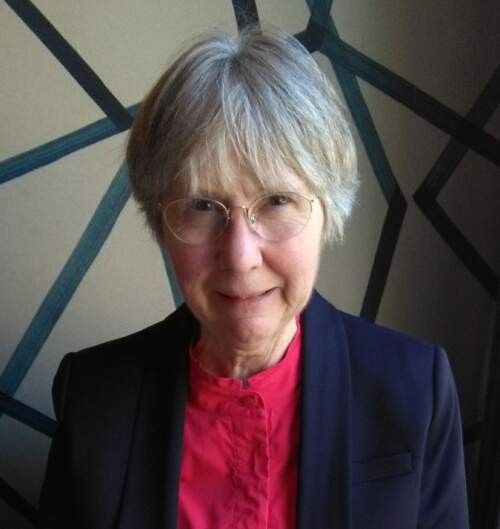 Sylvia O’Neill (then Sylvia Roberts) graduated BA (Hons), Dip Soc Studs from the University of Melbourne in 1969. Her interest in the interface between the external world of social reality and the internal world of psychic reality had already been kindled during her time in the Social Studies Department at the University. There, along with exposure to the clarion call by Evelyn Burns in her 1956 presidential address to the American Association of Social Workers for social work attention to the urban poor, she encountered Gordon Hamilton’s observations on the healing power of the positive transference and Florence Hollis’s differential casework methods. Both of these American textbook authors integrated psychoanalytic ideas into social work method (Hamilton, 1952; Hollis, 1964). Sylvia found herself even more drawn to the British psychiatric social work tradition. Exposure to the latter imbued her with a strong desire to work one day at the Tavistock Clinic.
She devoted two years to a history research thesis on C16-C17 British history entitled ‘”Radical Graces”: A Study of Puritan Casuistry in the Writings of William Perkins and Richard Sibbes (1972). This was a happy time, including as it did a study of the approach of the C17 puritan minister to the individual soul seeking pastoral counselling.   Work on the thesis was to function as part of her apprenticeship in writing.
After working in Melbourne for two years as an adoption social worker she moved to London. There she took up a social work post with the Family Welfare Association. Amongst her other clientele she met a dishevelled, unhappy woman with a learning disability and a disconcerting habit of launching without preamble into the immediate preoccupation of the day. Working with this woman, who was initially miserably suspicious, hostile and helplessly incapable of understanding how to budget, proved in the end to be a profoundly moving experience. Without yet knowing how to conceptualise it, Sylvia encountered in the work with this woman – the ‘Miss M’ who is the subject of Chapter 7 in Process Facilitation in Social Work, Psychotherapy and Social Work, and who begins and ends the book – the sense of an unfolding process, deeply absorbing and quasi-autonomous. She would encounter this quasi-autonomous process in the work with some others of her social work clients.
Many years later, she would recognise this sense of a process as analogous to the analytic process first identified by Freud (1913), by which time she had encountered a comparable process in her psychotherapy practice.  The analogy between the analytic process and the social work process – so different and yet in one respect so strikingly similar – was to be fundamental to the thesis she would eventually develop in her book.
After a period working as a Senior Social Worker for a statutory Social Services Department, Sylvia was appointed in 1977 to a social work post in the Adult Department of the Tavistock Clinic, which entailed a four-year full-time in-service training as a psychoanalytic psychotherapist. It was a marvellous opportunity. The training in those days was not only full of absorbing seminars,  workshops and clinical discussions, but it offered detailed weekly individual supervision on every case with a whole variety of supervisors, almost all of them practising psychoanalysts and several of them eminent in their respective fields, including David Malan and John Steiner.
Sylvia then married, took professional time out to bring up her family, and moved with the family a few years later to Scotland. It was during this relatively fallow period – professionally speaking – that she encountered the thought of the French psychoanalyst Jean-Claude Donnet. This shed a shaft of brilliant light on the puzzling phenomenon that clinicians engaged in very different kinds of practice can encounter and recognise, the sense of an ongoing, quasi-autonomous process. Sylvia realised that Donnet’s conceptualisation of the way that the quasi-autonomous analytic process comes about, through introjection of ‘elements’ of the ‘site’ that is proper to psychoanalysis, gave her at last the means by which a fully-fledged differential theory of therapeutic engagement could be worked out.
Meanwhile she took up in 2004 a post in the psychotherapy service in Glasgow which allowed her some time to write, in addition to her clinical, supervisory and teaching duties, and alongside her NHS work she later began her psychotherapy private practice. In the journal articles that would be preparatory to presenting a coherent thesis in her book, she set about demonstrating that it is only when elements proper to the ‘site’ of a given sphere of practice are made available – including in social work, where the constraints on practice proper to the discipline of social work practice must be respected by the practitioner – that an effective working process is set in motion (O’Neill 2005, 2007, 2008, 2015b).  A longstanding and very destructive misconception of psychodynamic social work could by this means be corrected, and it is one of the most important conclusions worked out in the book that followed. Process Facilitation in Psychoanalysis, Psychotherapy and Social Work demonstrates conclusively, on theoretical as well as on empirical grounds, that prior psychological-mindedness and the capacity to be articulate are not pre-requisites for effective social work engagement, nor are they essential prerequisites even for effective engagement in psychotherapy.

Sylvia O’Neill sees patients and supervisees in her private practice as a psychoanalytic psychotherapist in Edinburgh. Her contact details can be found in the online Register of the British Psychoanalytic Council, under ‘Find a Therapist’.  She is an external teacher for the Scottish Training in Psychoanalytic Psychotherapy.
Her longstanding professional interests are in therapeutic engagement, in the interplay of transference and countertransference, and in problems of mourning. She has also written about male anorexia and about professional cultures. One of her current professional interests is in thinking about mixed narcissistic and autistic difficulties. Her paper ‘The function of work on the countertransference in a case with constricted discourse and autistic features’ was awarded a Commendation under the auspices of the 2019 Rozsika Parker Essay Prize, and is being published in the November 2020 issue of the British Journal of Psychotherapy. Another paper on countertransference issues in psychotherapy with autistic difficulties was published in the International Journal of Psychoanalysis in 2015 and was selected for re-publication in French in 2016.
As a result of interest in her book, she is to be a keynote speaker at the Colloquio ISPA 2020. This is a conference of the ISPA (Instituto Superior de Psicologia Applicada/Higher Institute of Applied Psychology) in Portugal on 23-24th October 2020, which because of Covid-19 is to be held online. The conference theme is ‘Online Psychoanalysis and Psychoanalytic Crisis Intervention’, and the title of Sylvia O’Neill’s presentation is ‘What is the nature of the contribution that psychoanalysis can offer to social work?’ Interest in her book has also led to an invitation from the East CPD group of the Scottish Association of Psychoanalytic Psychotherapists, for the Spring Term 2021, to speak about the psychotherapy 'site' in theory and in practice.