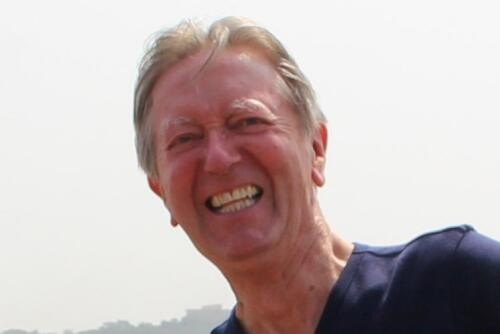 Steve has 4 decades of experience of teaching. He is an award-winning school Principal, author and innovator in dyscalculia and maths LD. His research and books include the tes/nasen award-winning ‘The Trouble with Maths’. He was the first Chair of the BDA’s dyscalculia committee. His latest book ‘How to Teach Maths: Understanding Learners Needs’ was published in Nov 2020. Steve has lectured in 30 countries, consulted for the Singapore MOE and is Visiting Professor at Derby Uni

Steve Chinn was founder and Principal of Mark College, Somerset (1986-2005). During his years of setting up and running Mark College it was awarded Beacon School Status by the UK, Dept of Education, the inaugural Award for Excellence by the Independent Schools' Association, a National Teacher Training Award and a Sportsmark (with Distinction).
Steve was a co-founder and then Chair of CReSTeD. He was Chair of the British Dyslexia Association’s 3rd International Conference.
Steve is a visiting professor at the University of Derby. He has lectured and provided INSET and CPD in over 30 countries worldwide (including consultancy for the MOE in Singapore) and at many major conferences. He set up the UK’s first PG course for maths and dyslexia, accredited by the BDA for an AMBDA (Numeracy). The course was delivered for 4 years under Mark College's Beacon School funding.
He was a Council member of Dyslexia Action and the Hornsby Dyslexia Institute for many years and co-founded and then Chaired CReSTeD. He was the first Chair of the BDA’s dyscalculia/maths LD committee. He was Chair of the 3rd BDA International Conference.
As well as writing maths books, worksheets and tests, Steve has contributed chapters to many books, including, 'Dyslexia and Mathematics', ‘Special Educational Needs’, 'Dyslexia and Stress' and 'Dyslexia in Context'. He has also published many papers, and articles. The first edition of ‘The Trouble with Maths’ won a TES/nasen award in 2004. The 4th edition was published in 2020. The 4th edition of his ‘seminal’ book, ‘Mathematics for Dyslexics and Dyscalculics’ was published in 2017. ‘More Trouble with Maths’, now in 3rd edition, is a comprehensive manual, including tests, for diagnosing Mathematical Learning Difficulties and dyscalculia and is listed by PATOSS. He was lead author for Numicon/OUP ’Big Ideas’ a collection of catch-up materials. He created ‘Maths Explained, a website of maths tutorials, which have sold in some 30 countries.