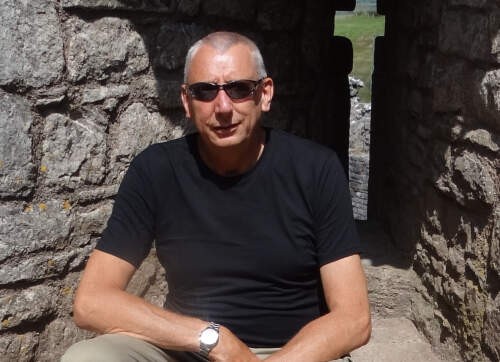 I'm a Professor at Cardiff University. My interests lie at the boundaries of disciplines - sociology, geography, statistics, social policy. I've conducted research on homelessness, living alone, counterurbanisation and barriers to learning quantitative methods in social science. My favourite areas to work on are more philosophical and methodological and include probability, representation, objectivity/ subjectivity and how these all kind of play out in realism and complexity.

Some people like crossword puzzles, or sudoku puzzles.  I like methodological puzzles!  Although a methodological puzzle can have an aesthetic or logic of its own, usually it has a practical importance and by solving puzzles, we become better methodologists and researchers.  I like methodological puzzles for two reasons.  Firstly, because they bring together philosophical and empirical considerations and secondly if your interests are methodological, you get to do research across disciplines and topics.  And this has been my academic life.  As a methodologist I have been interested in things like probability, objectivity, representation and counting populations.  As a researcher, I have worked in a number of areas: homelessness, counterurbanisation, living alone and quantitative pedagogy.
My methodological and empirical interests have come together in an embrace of realism as philosophy of science and as an underpinning for research. My latest Routledge book is the culmination of writing and thinking about realism for a couple of decades.  It began mainly with a book called Science and Social Science (published by Routledge), in which I argued for social science as science, but not the narrow unreflective and prescriptive positivist version, but one that begins from two premises: that there is a social reality and that reality can be known, albeit under a description.  Over the next twenty years I wrote about these and other themes and have found my way to, what is increasingly being referred too, as ‘complex realism’.  It can be simply described:  Reality is complex, but complexity is real.
So, who is this man in the dark glasses who writes about realism?   Well, I’m a professor at Cardiff University, in Wales https://www.cardiff.ac.uk/people/view/38062-williams-malcolm   where I have worked for eleven years.  Before that I worked at Plymouth University and City University, London.  My teaching has been in survey methods, research design and philosophy of the social sciences.  I’m a co-editor of the International Journal of Social Research Methodology   https://ijsrm.org/ .  I've published eleven books and around 100 journal articles and book chapters.   I’m Cornish by ethnicity and European by conviction.  I’m fond of cats, good red wine and cooking!

My methodological interests include realism, objectivity - subjectivity, probability, representation.  My empirical research is mainly,  but not exclusively quantitative.   I have used longitudinal data to explore migration, housing need and living alone.  I led a team that first used capture-recapture to measure homeless populations.  I have had an interest in how we measure ethnicity and for nearly twenty years I have researched attitudes toward researching and teaching / learning quantitative methods.

An area that overlaps my academic work (and is itself mostly academic in nature) is researching and writing about Cornwall and the Cornish people.  I am currently working, with Mark Trevethan, of Cornwall Council, on a project exploring attitudes toward the use of the Cornish language in public spaces.   I am a passionate Francophile and spend as much as possible in Nice, France.  I enjoy cooking, mainly modern European, South and South-East Asian.