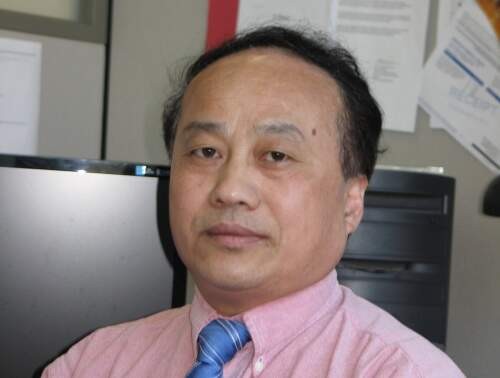 Dr. Jiujun Zhang is a Senior Research Officer and Catalysis Core Competency Leader at the National Research Council of Canada Institute for Fuel Cell Innovation (NRC-IFCI, now changed to Energy, Mining & Environment Portfolio (NRC-EME)). Dr. Zhang received his B.S. and M.Sc. in Electrochemistry from Peking University in 1982 and 1985, respectively, and his Ph.D. in Electrochemistry from Wuhan University in 1988. After completing his Ph.D., he took a position as an associate professor at the Huaz

Dr. Jiujun Zhang has more than 30 years of experience as an electrochemist, Professor, Director General, project manager, and Core Competency Leader in China, the US and Canada. He began his career at two (2) of the top universities in China--Peking University where he obtained his B.Sc (1982) and M.Sc. (1985) and Wuhan University where he received his PhD in Electrochemistry (1988). Following this he was immediately appointed Associate Professor in Chemistry at Huazhong Normal University and also Director General of their Centre of S&T Development. In 1991, Dr. Fred C. Anson, a world-renown electrochemist at the California Institute of Technology (CalTech), offered Dr. Zhang a postdoctoral fellow position in fuel cell catalyst research. Two (2) years later he joined Dr. A.B.P. Lever’s group at York University (Canada) as a postdoctoral fellow, where he developed non-noble metal catalysts and electrochemical sensors. In 1995 he continued his research at the University of British Columbia (UBC) as a postdoctoral fellow working on electrochemical generation of H2O2 with Prof. Colin Oloman in the Chemical Engineering Department.
Dr. Zhang’s industrial experience began at ATS Electrolube International Inc. (1997) where as R&D manager he worked on a key patented technology allowing the company to create environmentally friendly products. In 1998 he joined the world leader in proton exchange membrane fuel cell (PEMFC) development, Ballard Power Systems Inc., as a senior scientist and project stream leader to develop their PEMFCs, in particular direct methanol fuel cells (DMFCs). During the next six (6) years, his pioneering DMFC work led to seven (7) US issued patents and six (6) patent publications covering a broad range of fuel cell technologies. These patents directly contributed to Ballard’s world leading position in DMFCs and resulted in Dr. Zhang’s two (2) Ballard Innovation awards (2000 and 2001). He also received several honorable mentions for NRC-IFCI leadership award in 2005, 2006, 2007, 2008, 2009, 2010, and 2011.
In 2004 Dr. Zhang was one (1) of four (4) electrochemists and PEMFC experts hired at National Research Council of Canada Institute for Fuel Cell Innovation (NRC-IFCI) to initiate their PEMFC program. As a key senior technical leader, he established, and continues to lead the Catalyst Core Competency Team that develops novel PEMFC catalysts and high temperature testing capabilities and has furthered fundamental understanding of PEMFCs. He has led and contributed to high profile government and strategic R&D projects in Canada and abroad where he actively promotes the growth of local and national hydrogen and fuel cell technology cluster companies by helping to increase their competitiveness and expand their business opportunities through industrial collaboration projects. Besides PEMFCs, Dr. Zhang has also carried out the R&D for other electrochemical energy technologies such as supercapacitors, metal-air batteries, as well as lithium-ion batteries in the most recent three (3) years. With more than 190 referred journal papers (over 5300 citations), 7 edited and 2 authored books,14 book chapters, 73 oral research presentations (including 40 invited speeches), 16 patents and invention disclosures, and 80 technical reports, Dr. Zhang’s research and scientific contributions are internationally recognized. He is an adjunct professor at eight (8) universities in China, Brazil and Canada, influencing the research direction at these organizations. He also supervises fourteen (14) PDFs and co-supervises Masters and PhD students at NRC-IFCI. Dr. Zhang is an active member of The Electrochemical Society, the International Society of Electrochemistry, the American Chemical Society, and the Chemical Institute of Canada.