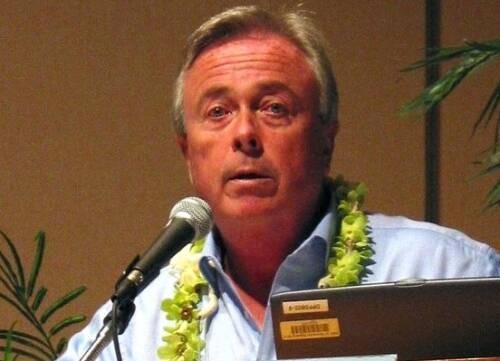 I'm a lawyer by training but have been in finance for most of my career. I ran the State of New York's development bank, and then founded the third financial guaranty insurance company in the world which I sold to a major bank. Since then I have been doing environmental finance.

Michael Curley is a lawyer who has spent the majority of his career in project finance and the last 25 years in environmental project finance.  At present, he is a Visiting Scholar at the Environmental Law Institute in Washington, D.C.

Mr. Curley is the author of The Handbook of Project Finance for Water and Wastewater Systems, published by Times/Mirror and Finance Policy for Renewable Energy and a Sustainable Environment, which was published by Taylor & Francis in March, 2014.  He has also published over 40 articles, has contributed to the Huffington Post, and is a member of the American Society of Journalists and Authors and the National Press Club, where his sits on the Book & Author Committee.

In New York in the early ‘80’s, he raised the venture capital for, founded, and served as president and CEO of the third financial guaranty insurance company in the world and the first to insure economic development projects.  He sold the company to the Hongkong Shanghai Bank.  He was also a partner in the New York City law firm of Shea & Gould.

While in New York, he served as Adjunct Professor of Banking & Finance at New York University teaching Venture Capital and Capital Markets and was appointed to the Board of Directors of the United Nations Development Corporation by New York City Mayor Ed Koch.

As he moved into environmental finance, he completed a ten-year, $3 million, assignment for the U.S. Environmental Protection Agency where he developed national municipal bond banks for water, wastewater, district heating and other municipal infrastructure for both the Russian Federation and Ukraine, designed a revolving fund for safe drinking water for the Ministry of the Environment in the Republic of Georgia and built fifteen rural water systems and developed the national model for rural water finance in the Republic of Kazakhstan.

I wrote "The Handbook of Project Finance for Water and Wastewater System" and most recently "Finance Policy for Renewable Energy and a Sustainable Environment."  I served on the Environmental Financial Advisory Board at EPA for 21 years under 4 Presidents.