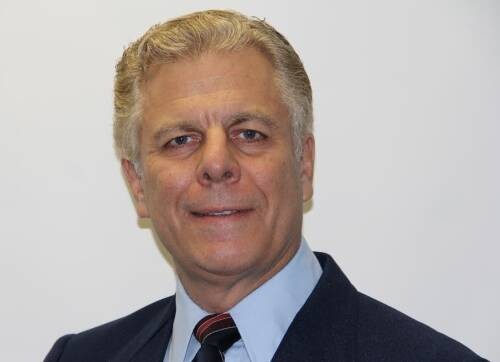 Dr. Michael J. Derelanko, as Director of Nonclinical Drug Safety Assessment for Adolor Corporation, contributed to the discovery and development of novel drugs for nearly ten years. Prior to that, as Manager of Toxicology and Risk Assessment for Honeywell International, he supported the company’s chemical businesses for over two decades. Currently employed by Critical Path Services, a knoell company, he provides expertise in toxicology to chemical and pharmaceutical industry clients.

Michael J. Derelanko, PhD, DABT, FATS, has spent most of his career as a toxicologist in the pharmaceutical and chemical industries. He received his BS from Saint Peter’s University (formerly Saint Peter’s College). He completed his MS and PhD at New York University where he was a National Institutes of Health predoctoral trainee in the Albert S. Gordon Laboratory of Experimental Hematology.  He was a recipient of the New York University Gladys Mateyko Award for Excellence in Biology. Following a two-year postdoctoral fellowship in gastrointestinal pharmacology at Schering-Plough Corporation, he began his career in industrial toxicology as a research toxicologist in the laboratories of Allied Chemical Corporation in Morristown, New Jersey, which eventually became AlliedSignal and later Honeywell International. Over a 20 year period, Dr. Derelanko held various positions of increasing responsibility, becoming corporate manager of toxicology and risk assessment. More recently he was director of nonclinical drug safety assessment for Adolor Corporation in Exton, Pennsylvania, where he contributed to the discovery and development of novel drugs for nearly ten years. Dr. Derelanko is currently employed by Critical Path Services, a knoell company, located in Garnet Valley, Pennsylvania where he provides expertise in toxicology to chemical and pharmaceutical industry clients.

Dr. Derelanko is a diplomate of the American Board of Toxicology and a fellow of the Academy of Toxicological Sciences. He is a member of the Society of Toxicology, the Society for Experimental Biology and Medicine, and the honorary research society Sigma Xi. He has served on the content advisory committee of the New Jersey Liberty Science Center, has chaired or been a member of industrial and government toxicology advisory committees, was actively involved with the Chemical Industry Institute of Toxicology, and has served on the speaker’s bureau of the New Jersey Association for Biomedical Research.

Dr. Derelanko has authored numerous papers in experimental hematology, gastrointestinal pharmacology, and toxicology. He has been actively involved in educating the public about toxicology, particularly at the middle school level. He has delivered invited lectures on this subject at national meetings. In 2003, Dr. Derelanko received the Society of Toxicology Award for Contributions to the Public Awareness of the Importance of Animals in Toxicology Research. He is coeditor, along with Dr. Mannfred A. Hollinger, of the first and second editions of the CRC Handbook of Toxicology and author of the first and second editions of The Toxicologist’s Pocket Handbook. 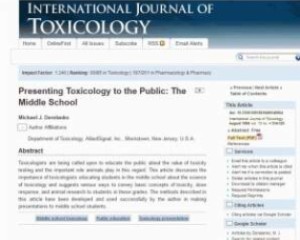 Presenting Toxicology to the Public: The Middle School