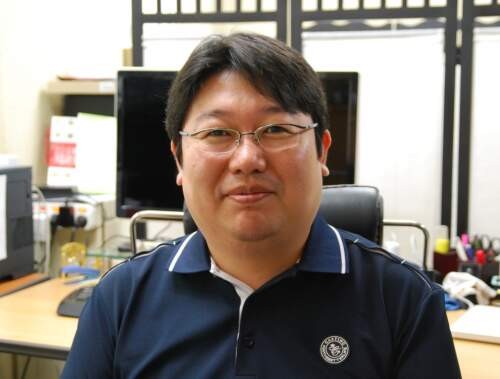 Dr. Kilho Eom has researched on nanotechnology and biological science based on atomistic/multiscale/continuum simulations as well as single-molecule experiments. Dr. Eom has authored more than 40 journal articles published at renowned journals including Physics Reports, Angewandte Chemie, ACS Nano, and so forth. Dr. Eom has served as a moderator for iMechanica and a member for ACS.

Kilho Eom received the Ph.D. degree and M.S.E. degree from the Department of Aerospace Engineering & Engineering Mechanics in the University of Texas at Austin in 2005 and 2003, respectively. During the graduate study at University of Texas at Austin, Dr. Eom studied the mechanics of protein molecules, which is an interdisciplinary research work in mechanics and chemistry. From 2005 and 2008, Dr. Eom was a senior research scientist at Korea Institute of Science & Technology with working on design of micro/nano-electro-mechanical systems (MEMS/NEMS). Between 2008 and 2011, Dr. Eom had researched and taught at Korea University as a research professor. In Korea University, Dr. Eom has supervised the graduate students who were studying the mechanics of proteins as well as mechanics of micro/nano-scale structures such as carbon nanotubes. Since 2011, Dr. Eom has served as a research professor at Yonsei University with researching the nanotechnology-based biological applications such as cancer diagnostics and therapeutics.

Dr. Eom has authored more than 40 journal articles published at internationally renewed journals including Physics Reports, Angewandte Chemie, ACS Nano, Advanced Functional Materials, Journal of Chemical Theory and Computation, and so forth. Dr. Eom's journal articles were cited more than 300 times (from Web of Science as of October 11, 2012). The h-index of Dr. Eom is 12 as of March 12, 2013 (from Web of Science). The research article published at Physics Reports has summarized Dr. Eom's contributions to nano-electro-mechanical systems (NEMS) such as nano resonators and NEMS-based molecular recognitions for future applications in cancer diagnosis and drug screening. The research article published at Journal of Computational and Theoretical Nanoscience has described Dr. Eom's contributions to the development of computational simulation techniques applicable to studying the mechanical behavior of protein molecules for gaining insight into the biological functions of protein molecules. For the details of Dr. Eom's publication, you may visit Dr. Eom's homepage (http://sites.google.com/site/kilhoeom).

Dr. Eom's research works have been funded from National Research Foundation of Korea. Dr. Eom has supervised more than 10 graduate students who received Master's degree or Ph.D. degree. Dr. Eom has served as a moderator for iMechanica (http://www.imechanica.org), which is a web of mechanics and mechanicians run by Harvard University. Dr. Eom has the membership of American Chemical Society (ACS) and Materials Research Society (MRS). Dr. Eom has an experience of organizing the session of the conference, 6th World Congress on Biomechanics 2010. Dr. Eom has served as an editorial board member for ISRN Computational Mathematics. 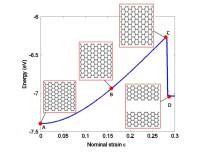 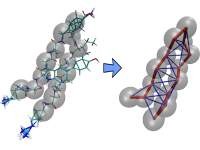 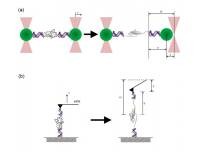 Fracture of mechanically stretched graphene from atomistic simulation (by Courtesy of Prof. Rui Huang: see Chapter 14 of the book "Simulations in Nanobiotechnology")