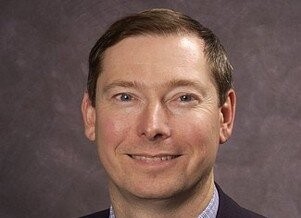 John Ludwig leads the Medicine Design, Biomedicine Design, Pharmaceutical Sciences, and Global Clinical Supply science disciplines at Pfizer. He received a B.S. (Pharmacy) and Ph.D. (Pharmaceutics) from the University of Tennessee, Memphis and has held positions at Burroughs Wellcome, Searle, Pharmacia, and Pfizer. John is active in the American Association of Pharmaceutical Scientists (AAPS) and the Parenteral Drug Association (PDA) Training and Research Institute.

John Ludwig is Senior Vice President Medicinal Sciences in Pfizer Worldwide Research, Development & Medical responsible for Medicine Design, Biomedicine Design, Pharmaceutical Sciences and Global Clinical Supply.  John began his career at Burroughs Wellcome Co. in 1989 as a pharmaceutical formulator and worked on a variety of dosage forms including liquid and lyophilized parenterals, topical creams and ointments, and oral liquids.  He joined Searle, Inc. in Skokie, IL in 1995 responsible for parenteral product formulation and process development, clinical manufacturing, technology transfer/validation, and the R&D microbiology function.  In 2001 he transferred to Chesterfield, MO as Site Leader for the Bioprocess and Formulation Technology organization (Pharmacia, Inc.).  Following the Pfizer acquisition in 2003, John led the combined Pharmaceutical and Analytical R&D line for Pfizer Global Biologics and from 2007-2009 the Analytical R&D organization.  Following the Wyeth acquisition, John led the Business Strategy, Operations, and Clinical Supply Planning function, and served as Site Director for Pfizer St. Louis Laboratories. In 2012 he became leader of BioTherapeutics Pharmaceutical Sciences.  John assumed his current position in 2017.

John is active in the American Association of Pharmaceutical Scientists and the Parenteral Drug Association (PDA) Training and Research Institute.  He has contributed to the development of three professional training courses and serves regularly as a course instructor for PDA.

John received a B.S. in Pharmacy and Ph.D. in Pharmaceutics from the University of Tennessee, Memphis.  He lives in Wildwood, MO with his wife Sue.  They are empty nesters with three children away attending college.  He enjoys golf and running in his spare time.