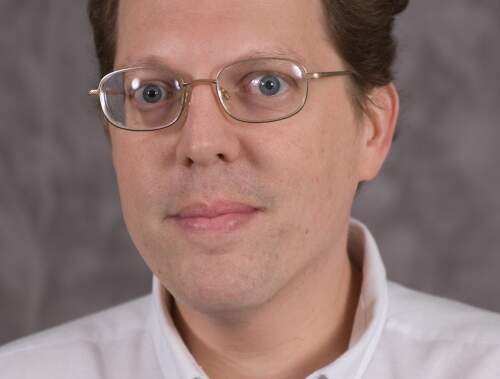 David A. Bader is a Full Professor in the School of Computational Science and Engineering, College of Computing, Georgia Institute of Technology, and Executive Director for High Performance Computing

David A. Bader is a Full Professor in the School of Computational Science and Engineering, College of Computing, at Georgia Institute of Technology, and Executive Director for High Performance Computing. Dr. Bader is a lead scientist in the DARPA Ubiquitous High Performance Computing (UHPC) program. He received his Ph.D. in 1996 from The University of Maryland, and his research is supported through highly-competitive research awards, primarily from NSF, NIH, DARPA, and DOE. Dr. Bader serves on the Steering Committees of the IPDPS and HiPC conferences. He has served on the Research Advisory Council for Internet2, as the General Chair of IPDPS 2010 and Chair of SIAM PP12. He is an associate editor-in-chief of the Journal of Parallel and Distributed Computing (JPDC), and serves as an associate editor for several high impact publications including ACM Journal of Experimental Algorithmics (JEA), IEEE DSOnline, Parallel Computing, and Journal of Computational Science, and has been an associate editor for the IEEE Transactions on Parallel and Distributed Systems (TPDS). He was elected as chair of the IEEE Computer Society Technical Committee on Parallel Processing (TCPP) and as chair of the SIAM Activity Group in Supercomputing (SIAG/SC).

Dr. Bader's interests are at the intersection of high-performance computing and real-world applications, including computational biology and genomics and massive-scale data analytics. He has co-chaired a series of meetings, the IEEE International Workshop on High-Performance Computational Biology (HiCOMB), co-organized the NSF Workshop on Petascale Computing in the Biological Sciences, written several book chapters, and co-edited special issues of the Journal of Parallel and Distributed Computing (JPDC) and IEEE TPDS on high-performance computational biology. He is also a leading expert on multicore, manycore, and multithreaded computing for data-intensive applications such as those in massive-scale graph analytics. He has co-authored over 100 articles in peer-reviewed journals and conferences, and his main areas of research are in parallel algorithms, combinatorial optimization, massive-scale social networks, and computational biology and genomics.

Prof. Bader is a Fellow of the IEEE and AAAS, a National Science Foundation CAREER Award recipient, and has received numerous industrial awards from IBM, NVIDIA, Intel, Cray, Oracle/Sun Microsystems, and Microsoft Research. He served as a member of the IBM PERCS team for the DARPA High Productivity Computing Systems program, was a distinguished speaker in the IEEE Computer Society Distinguished Visitors Program, and has also served as Director of the Sony-Toshiba-IBM Center of Competence for the Cell Broadband Engine Processor. Bader is a co-founder of the Graph500 List for benchmarking "Big Data" computing platforms. Bader is recognized as a "RockStar" of High Performance Computing by InsideHPC and as HPCwire's People to Watch in 2012. 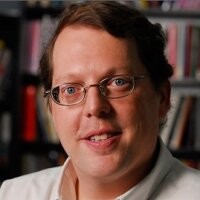 In this video, Professor David Bader from Georgia Tech discusses his participation in the DARPA ADAMS project. The Anomaly Detection at Multiple Scales (ADAMS) program uses Big Data Analytics to look for cleared personnel that might be on the verge of "Breaking Bad" and becoming internal security threats.

A video from the UC Berkeley Conference: From Data to Knowledge: Machine-Learning with Real-time and Streaming Applications (May 7-11, 2012).

Technological advances in high-throughput DNA sequencing have opened up the possibility of determining how living things are related by analyzing the ways in which their genes have been rearranged on chromosomes. However, inferring such evolutionary relationships from rearrangement events is computationally intensive on even the most advanced computing systems available today.