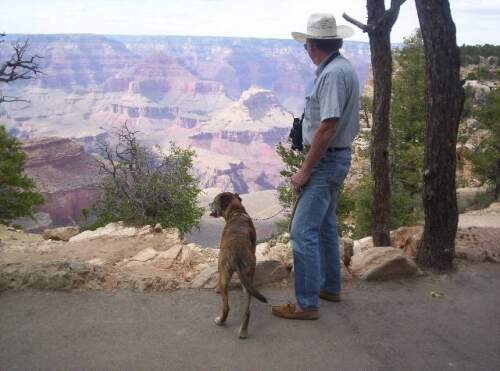 Dr. Dixon received his B.S. degree in Forestry from the University of Florida in 1964.  In 1968, he received his M.S. in Forestry, also from the University of Florida, specializing in statistics and systems engineering.  From 1968 to 1971, Dr. Dixon worked as a biometrician in the Institute of Statistics at North Carolina State University.  In 1974, Dr. Dixon received his Ph.D. in the School of Natural Resources at The University of Michigan.  After graduating, Dr. Dixon took a post-doctoral position as an ecologist and modeler at Oak Ridge National Laboratory.  His research primarily involved modeling the impact of heavy metals on both aquatic and terrestrial ecosystems.  Additional activities included the environmental impact assessment of nuclear power plants.  In 1976, Ken joined the University of Maryland Appalachian Environmental Laboratory where he taught courses in quantitative methods in wildlife management.  His research included furbearer population dynamics, wildlife as monitors of environmental contamination, and spatial models of wildlife behavior.

From 1984 to 1992, Dr. Dixon was head of the Wildlife Research Program in the Washington Department of Wildlife.  Research activities primarily involved the use of radio telemetry, remote sensing, and geographic information systems to determine wildlife habitat requirements.  Species studied included peregrine falcon, spotted owl, pygmy rabbit, harbor seal, California sea lion, grizzly bear, gray wolf, elk, and mule deer.  In 1985, he planned and implemented the Department's geographic information system which he then supervised until leaving the Department in 1992.  Under Ken's supervision, a state-wide wildlife habitat mapping project was initiated.  His home range analysis program was written into Arc/GIS to facilitate the calculation of habitat selection.  Ken also assisted the U.S. Fish and Wildlife Service in implementing the Washington State Gap Analysis project.

Dr. Dixon was Associate Professor in the Department of Environmental Toxicology and The Institute of Wildlife and Environmental Toxicology at Clemson University from 1992 to 1997.  His research included developing and applying computer simulation models to predict the movement and effects of toxic chemicals on wildlife populations and the environment, including the spatial distribution of toxicants and effects at ecosystem, landscape, and regional scales using geographic information systems.  An example of research in this area was a study of topographic, soil, and weather parameters affecting the runoff of pesticides into farm ponds in Iowa and Illinois.

His current research interests include developing and applying computer simulation models to predict the movement of toxic chemicals in the environment and their effects on human and wildlife populations.  Dr. Dixon also studies the spatial distribution of toxicants and effects at ecosystem, landscape, and regional scales by integrating models with geographic information systems.  Dr. Dixon has taught courses in modeling, geographic information systems, ecosystems analysis, biometry, and wildlife management.

Current research projects include: 1) the development of terrestrial food chain models to predict the uptake and effects of pesticides, perchlorate, and explosives,  2) spatial models of the spread of infectious diseases, and a real-time model of exposure and effects of atmospheric pollutants.