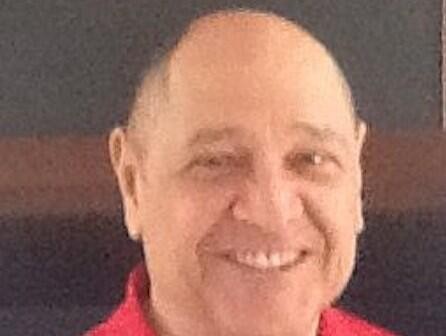 Mr. Criscimagna has over 47 years experience in engineering, management, system acquisition, logistics, reliability and maintainability (R&M), and maintenance. He developed Air Force policy for logistics and R&M. He served as a maintenance officer with a flight test maintenance organization at Wright-Patterson AFB, OH and with the 25th Tactical Fighter Squadron in Ubon, Thailand during the Vietnam War. Mr. Criscimagna is experienced in preparing and giving briefings to high-level military and

Mr. Criscimagna is the President and Owner of Criscimagna Consulting LLC (CC LLC).  CC LLC was formed to assist commercial and government clients in procuring and sustaining reliability and supportable systems.  During 2006, support was provided to Decisive Analytics Corporation (DAC).  As a subcontractor to DAC, CC LLC supported the technical review of the Tomahawk Block IV missile with special attention to reliability problems being experienced in flight testing.  Mr. Criscimagna provided the principal expertise in reliability and was instrumental in developing the final report for the Tomahawk program office.  In 2007, 2008, and 2009, Mr. Criscimagna provided support to Alion Science and Technology, to the Reliability Information Analysis Center, and to Quanterion Solutions, Inc.  Support included the development of a reliability assessment and scoring methodology, development of a Maintainability Training Course, on-site presentation of the Maintainability Course, development of a web-based version of the Maintainability Course, and presentations of a Mechanical Reliability training Course.

Mr. Criscimagna is currently the Deputy Director, of the Reliability Analysis Center (RAC), Editor of the RAC Journal, Manager of RAC Product Development, and Instructor of the RAC’s Mechanical Reliability Design Course.  He leads and performs project work for commercial and government customers.  He authors technical books and articles for the RAC Journal, which he edits.

Mr. Criscimagna served in a variety of positions including Staff Principal Engineer (SPE), Deputy Division manager, and Manager of Corporate Systems Engineering.  As SPE, he implemented company policy and procedures for ensuring the technical quality of all products and services provided under assigned projects.  As Deputy Division Manager for the largest line organization within the company, Mr. Criscimagna reported directly to the Vice President-General Manager of the division and was assigned responsibilities in four areas:  quality assurance, technical interchange, administration operations, and special projects.  As Manager, Corporate Systems Engineering, he was responsible to the Executive Vice President-General Manager and the Vice President-Engineering (VPE) for assessing the quality of corporate products; recommending policies, procedures, and standards for ensuring appropriate quality levels; and assisting in the establishment and achievement of long-range technical objectives.  He recommended changes in the corporation's products and services needed to achieve long-range corporate objectives and helped the VPE formulate quality assurance goals for annual plans.

Detachment 465, Air Force Reserve Officers Training Corps, June 1980 - June 1983.  Mr. Criscimagna was the Assistant Professor of Aerospace Studies for the University of Nebraska-Lincoln AFROTC Detachment 465.  He taught the senior-level courses in National Securi¬ty Forces in Contemporary American Society.  He revised the course and was successful in having it cross-listed with the Political Science Department.  He planned course and lessons and developed curriculum and grading policy.  .He worked with the chancellor and univer¬sity faculty and administrative officials.