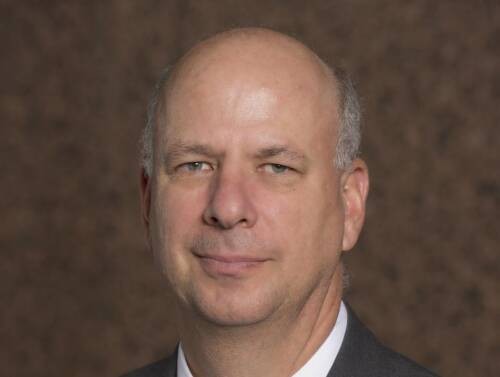 Dr. Gordon is an expert on economic growth and development, job creation, and business attraction and retention.

Gerald L. Gordon, Ph.D., is the president and chief executive officer of the Economic Development Authority in Fairfax County, Virginia, the second-largest suburban office markets in the United States. He has been with the FCEDA since late 1983. In that time, office space in the county grew from 32 million square feet to more than 113 million square feet and jobs in the county grew from 243,000 to more than 600,000. As a result, the real estate tax rate has decreased from $1.47 to $1.07.

Dr. Gordon has also worked for Arlington County, Virginia, and the United States Department of Labor. Dr. Gordon was instrumental in creating the Emerging Business Forum and bringing the 1998 World Congress on Information Technology to Fairfax County. In 2005, the FCEDA was named by Site Selection magazine as one of the Top Ten Economic Development organizations in North America. In 2007, Time magazine called Fairfax County “one of the great economic success stories of our time.” In 2011, the Washington Post said “Fairfax County remains the economic wunderkind of Virginia and in many ways of the Washington area.”

Dr. Gordon has taught at the Catholic University of America, the University of Maryland, George Mason University, and Virginia Commonwealth University. He has consulted with numerous city and state governments throughout the United States and around the world, as well as the governments of the Republic of Poland, the island of Vieques in Puerto Rico, and the Federated States of Micronesia. He has also served as a consultant to various government agencies, the United States Navy, businesses, non-profit organizations, associations, colleges and universities, and the United Nations.

Dr. Gordon holds a bachelor’s degree from The Citadel, a master’s degree from George Washington University, and a doctorate in International Economics from the Catholic University of America. He is the author of 12 books and numerous articles on strategic planning, economic development, leadership styles and other management topics. His most recent books are Reinventing Local and Regional Economies (CRC Press, 2011) and The Formula for Economic Growth on Main Street America (CRC Press, 2009).

In 2010, Virginia Business magazine named Dr. Gordon its “2010 Business Person of the Year,” and he received the James Rees Award from the Fairfax County Chamber of Commerce the same year. In 2011, Leadership Fairfax, Inc., named Dr. Gordon the recipient of the 2011 Northern Virginia Regional Leadership Award. In 2012, the Transwestern commercial real estate firm honored Dr. Gordon as its “2012 Public Sector TrendSetter of the Year” for the Washington metropolitan area. 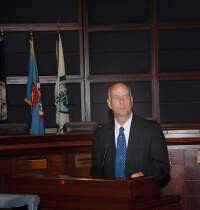 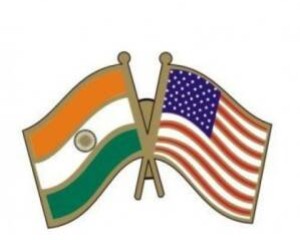 India America Today spoke with Gerald L. Gordon, Ph.D, president and CEO of the Fairfax County Economic Development Authority (FCEDA) as Fairfax County, along with Fairfax-based George Mason University (Mason), prepares to host a 40-member business delegation from India that aims to strengthen trade and economic ties with the United States. The Indo-American Chamber of Commerce (IACC) Summit for US-India Trade & Economics (SUITE 2012) will be May 22-25. This is the third IACC summit in the US and the first to be held outside New York City.

You can access the full interview on India America Today.

Gerald L. Gordon, Ph.D, president and CEO of the FCEDA, talks about job creation in Fairfax County and the commercial real estate market in the Washington, D.C., area.