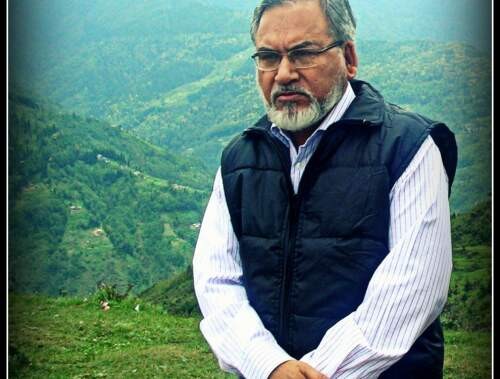 Dr Muzaffer Ahmad Siddiqi is a professor in the department of Electronics Engineering, Aligarh Muslim University (AMU) Aligarh, India, where in Oct.2012 he completed three year term of the Chairmanship of the department. Dr Siddiqi obtained degrees of B.Sc.Engg., M.Sc.Engg. and PhD from AMU Aligarh in 1968, 1973 and 1979, respectively; all in Electrical Engineering. Dr Siddiqi started his teaching carrier in 1970 from AMU Aligarh and also taught at Jamia Alfateh Libya and Royal Commission Yanb

Over 42 years of experience in teaching under-graduates (UG) and post graduates (PG) classes of, electronics and electrical engineering. Almost all courses in the area of Electronics Engineering have been taught.

A. i) Doctoral Level: Supervised a full time research scholar in the area of IC Network
Design with emphasis on computer applications at Aligarh Muslim University,
from January 1996 to August 1997.

ii) Supervised one Ph.D student in the area of electronics engineering. Candidate has
been awarded the degree in Oct., 2012.Title of the supervised Ph.D thesis: Realization
of Analog Signal Processing using Current Conveyors.

i) Current mode networks for implementation in MOS VLSI, 2006.
ii) Monolithic filters based on current and charge simulation, 2006.

A reference book titled ‘Dynamic RAM: Technology Advancements’ has been published in
December 2012 by Taylor and Francis (USA), a leading international publisher of technical
books.

I was responsible as General Chair for an IEEE sponsored ‘International conference on Multimedia and Signal Processing’ organized by the Dept. of Electronics Engineering Department, AMU, Aligarh, in Dec.2011,

i) 12th Asilomar Conference on Circuits, Systems and Computers, USA, in November 1978.

(a) Introduced a large number of new/revised theory courses at UG and PG levels.

(b) Laboratory Development and Maintenance has been done extensively at Electronics Engineering Dept., AMU, Aligarh.

i. Coordinator of DRS Phase II under Special Assistance Program of UGC to the Department of Electronics Engineering, AMU Aligarh from 2009 to 2012. Total grant of the scheme was Rs.64.50 Lacs per annum.

ii. Joined FIST Program 2007 of Dept of Science & Technology, (Funds for Improvement of S&T Infrastructure in Universities and Higher Educational Institutions) in Oct 2009 as Chairman of Electronics Engineering Dept, AMU and was the Coordinator of the Programme (Total grant Rs 1.4 Crore).

iii. Utilized Rs. 5 Lac in 2009-10 sanctioned by the UGC to the Dept. of Electronics Engg. Deptt, AMU for promoting culture of research at the under graduate level.

iv. Applied for, received and utilized a grant of Rs 20 lakhs in the year 2010-11, under ‘Infrastructure development……’.scheme of UGC.

(i) Member expert committee constituted by the chairman UGC for on-the-spot assessment of various infrastructural and other facilities for a technical university at Delhi.
(ii) Member of the Faculty of Engineering at Jamia Millia Islamia New Delhi.
(iii) FIETE-Fellow of the Institution of Electronics and Telecommunications

PARTICIPATION IN THE CORPORATE LIFE OF A.M.U., ALIGARH.

5. Member of the Committee of Advanced Studies and Research, Faculty of Engineering & Technology (From Oct. 2009).

7. Proctor of the AMU from April 2007 to Dec. 2009. Mentioned tenure of the Proctor has seen a tremendous improvement in security on the campus and discipline among students compared to the last 15/20 years.

9. Dean Students Welfare (DSW) of AMU Dec.2003 – March 2006. Coordinated the services of Provosts of Hall of residences and non-resident students for providing better facilities for accommodation, food, and other amenities to the students.

15. Fellow of the Institute of Electronics and Telecommunication Engineers (IETE) India.

31 M.A.Maktoomi and M.A.Siddiqi,”FVF based CDTA and its application,” Accepted in.” IEEE
2nd Int. Conf .Power, Control and Embedded Systems (ICPES),”-2012