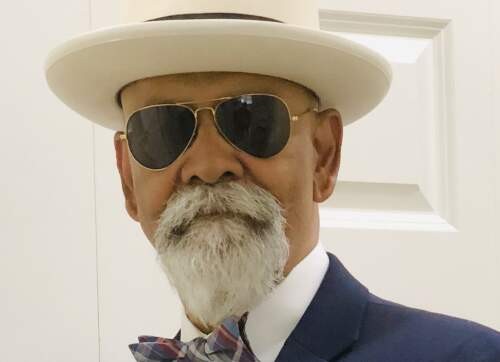 Sarfaraz K. Niazi, Adjunct Professor of Biopharmaceutical Sciences, University of Illinois and the University of Houston, and founder of Karyo Biologics, Adello Biologics, and PharmSci, and Patent Agent, USPTO, has developed a large number of biosimilar products globally, written the largest number of books on biosimilars, published 100+ research papers, and reinvented bioprocess technology with 100+ patents. He can be contacted at [email protected]

Dr. Sarfaraz K. Niazi, Chairman and Chief Executive Officer at Therapeutic Proteins International, LLC, holds a doctorate degree in pharmaceutical sciences. He has published 100+ scholarly papers, owns 40+ patents, delivered 300+ talks on scientific and literary topics, written over 30+ technical and literary books (including a collection of his own poems). His textbooks are required reading worldwide, and he allows their distribution royalty-free in developing countries, which allows companies and governments in developing countries to manufacture safe and effective drugs and vaccines at an affordable cost. He also teaches scientists in developing countries on creating value through intellectual property and, in this capacity, serves as an advisor to the Government of Pakistan. He is widely recognized for his translations of ghazals (love poems) of one of the most widely read poets, Ghalib. He broadcasts explications of Ghalib’s poetry on the Voice of America every Sunday.

On August 14, 2012, the Government of Pakistan announced that President Asif Ali Zardari awarded the Sitara-i-Imtiaz in Engineering Science to Sarfaraz.

Sarfaraz Niazi's father, Niaz Fatehpuri was a recipient of the high civil award of Padma Bhushan awarded by Dr. Rajendra Prasad, President of India, 50 years ago; this makes the only father and son recipient of civil awards from their birth continent governments., has published over 100-refereed papers, written dozens of technology books, owns scores of patents, and has been invited to speak worldwide.