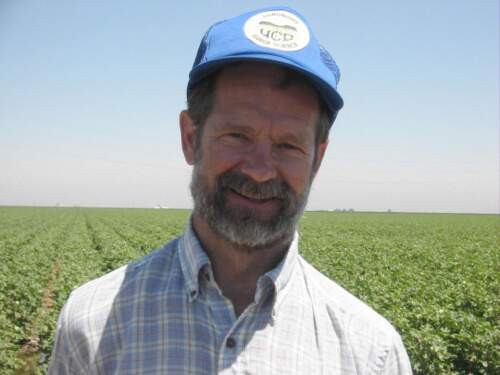 Richard E. Plant is a Professor Emeritus of Biological and Agricultural Engineering and Plant Sciences at the University of California, Davis. His research interests include the application of systems analysis, geographic information systems, and statistical models to landscape level problems in crop production and resource management.

Richard E. Plant received his Ph.D. in Theoretical and Applied Mechanics from Cornell University in 1975. The subject of his dissertation was the application of methods of nonlinear mechanics to a complex oscillatory behavior of nerve cells called “bursting.” This and subsequent work opened a new line of research in the theory of nonlinear oscillators that is still being pursued.

After receiving his Ph.D., he joined the Mathematics Department at the University of California, Davis. Recognizing the opportunity to work with researchers at one of the world’s leading agricultural institutions, he transferred his research effort from nerve membrane modeling to problems in agriculture.

His initial work was primarily in the analysis of insect population dynamics and its application to integrated pest management. He also carried out modeling of the population dynamics of the Mediterranean fruit fly, which was a major invasive pest in California in the late 1970’s.

In the early 1980’s he began working in collaboration with Agricultural Experiment Station and Cooperative Extension scientists on the application of knowledge based systems to crop management, with particular focus on cotton and rice production. In 1989 he transferred his appointment from Mathematics to the Department of Agronomy and Range Science, and in 1992 he also joined the Department of Biological and Agricultural Engineering with a joint appointment.

In 1994 he and a group of collaborators initiated the first major precision agriculture project in California. At that time it was not known whether the laser leveled, fully irrigated fields characteristic of California’s Central Valley would display the same spatial variability as the rainfed production systems of the Midwest. When they were shown to do so, he began working in precision agriculture research. He also maintained an active program in range management, particularly in the management of oak woodlands.

He has received awards from the Division of Agriculture and Natural Resources of the University of California and the American Society of Agronomy for his work in the application of academic research methods to the resolution of important agricultural problems. He was awarded a Fulbright Fellowship to carry out research in rice production in Uruguay, some of which serves as one of the case studies in his book. He retired from teaching in 2010, but maintains an active research program. 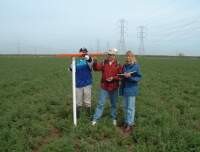 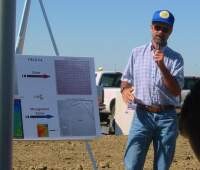 Calibrating an EM38 for Salinity Measurement