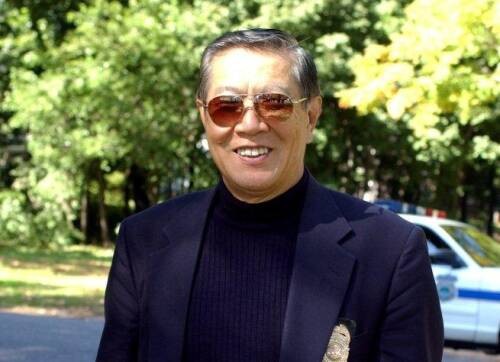 Dr. Henry C. Lee is one of the world’s foremost forensic scientists. He has been a prominent player in many of the most challenging cases of the last 50 years. Dr. Lee has assisted police from 46 countries in helping to solve more than 8000 cases; such as the murder of Jon Benet Ramsey, the suicide of Vincent Foster, Kidnapping of Elizabeth Smart, Death of Chandra Levy, the reinvestigation of the Kennedy assassination and the Casey Anthony case. Dr. Lee is currently the director of Forensic R


Dr. Henry C. Lee is one of the world’s foremost forensic scientists. Dr. Lee’s work has made him a landmark in modern-day criminal investigations. He has been a prominent player in many of the most challenging cases of the last 50 years. Dr. Lee has worked with law enforcement agencies in helping to solve more than 8000 åcases. In recent years, his travels have taken him to England, Bosnia, Canada, China, Brunei, Bermuda, Germany, Singapore, Thailand, Middle East, South America and other locations around the world.

Dr. Lee’s testimony figured prominently in the O. J. Simpson, Jason Williams, Peterson, and Kennedy Smith Trials; and in convictions of the “Woodchipper” murderer as well as thousands of other murder cases. Dr. Lee has assisted local and state police in their investigations of other famous crimes, such as the murder of Jon Benet Ramsey in Boulder, Colorado, the 1993 suicide of White House Counsel Vincent Foster, the death of Chandra Levy, the kidnapping of Elizabeth Smart, and the reinvestigation of the Kennedy assassination. He was a consultant for more than 800 law enforcement agencies.

Dr. Lee is currently the director of Forensic Research and Training Center and Distinguished Professor in Forensic Science of the University of New Haven. He was the Chief Emeritus for the Connecticut State Police during 2000-2010 and was the Commissioner of Public Safety for the State of Connecticut during 1998 to 2000 and has served as the state’s Chief Criminalist from 1978 to 2000. Dr. Lee was the driving force in establishing a modern state police communication system, Community based police services sex offender and DNA databank, major crime investigation concepts and advanced forensic science services in Connecticut.

In 1975, Dr. Lee joined the University of New Haven, where he created the school’s Forensic Sciences program. He has also taught as a professor at more than a dozen universities, law schools, and medical schools. Though challenged with the demands on his time, Dr. Lee still lectures throughout the country and world to police, Universities and civic organizations. Dr. Lee has authored hundreds of articles in professional journals and has co-authored more than 40 books, covering the areas, such as; DNA, Fingerprints, Trace Evidence, Crime Scene Investigation and Crime Scene Reconstruction. He is the author of some best sellers, such as Famous Crimes Revisited, Cracking Cases: the science of solving crimes, Blood Evidence, and Cracking More Cases. In addition, his textbooks such as Forensic Science, Physical Evidence and Henry Lee’s Crime Scene Handbook have been widely adopted in medical legal and forensic professions. He has appeared in many TV shows and movies. His new television series, Trace Evidence – Dr. Henry Lee File has received high ratings and has been broadcasted around the world.

Dr. Lee has been the recipient of numerous medals and awards, including the 1996 Medal of Justice from the Justice Foundation, and the 1998 Lifetime Achievement Award from the Science and Engineer Association. He has also been the recipient of the Distinguished Criminalist Award from the American Academy of Forensic Sciences (AAFS); the J. Donero Award from the International Association of Identification and in 1992 was elected a distinguished Fellow of the AAFS. He has also received the Lifetime Achievement Award from the American College of Forensic Examiners (ACFE) in 2000, Medal of Honor by the Ellis Island Foundation in 2004, Congressional Recognition for Outstanding services by the US Congress in 2004, Presidential Medal of Honor by the President of Croatia in 2005, Medal of Service from the Ministry of Interior, Taiwan, ROC in 2006, and Gusi Peace Award from the Philippines in 2008.

Dr. Lee was born in China and grew up in Taiwan. Dr. Lee first worked for the Taipei Police Department, attaining the rank of Captain. With his wife, Margaret, Dr. Lee came to the United States in 1965, and he earned his B.S. in Forensic Science from John Jay College in 1972. Dr. Lee continued his studies in biochemistry at NYU where he earned his Masters Degree in 1974 and his Ph.D. in 1975. He has also received special training from the FBI Academy, ATF, RCMP, and other organizations. He is a recipient of 20 Honorary degrees: Doctorate Degrees of Science from the University of New Haven, University of Connecticut, Honorary Doctorate of Law from Roger Williams Law School, Mitchell College, American International University and Taiwan Scientific Technology University, Honorary Doctorate Degree in Humane Letters from the University of Bridgeport, St. Joseph College, Armstrong University, in recognition of his contributions to Law and Science, etc. Dr. And Mrs. Lee have been married for more than 40 years and have two grown children, a daughter, Sherry, and a son, Stanley.