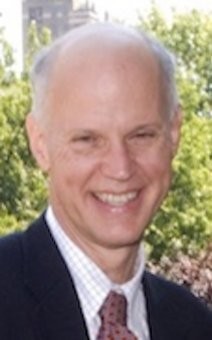 Philip Yeagle, a National Merit finalist, graduated from St. Olaf College (magna cum laude, honors in chemistry) in 1971, including two terms at the University of Cambridge.  He obtained his Ph.D. at Duke University in 1974, studying enzyme structure and function, supported by an NDEA predoctoral fellowship.  He started his studies of membrane structure and function as a postdoctoral fellow at the University of Virginia, with an NIH postdoctoral fellowship.  He was one of the first to discover and exploit 31P NMR studies of model and biological membranes.  He began his faculty career in the School of Medicine, University at Buffalo, supported by an NIH RCDA.  He defined the molecular basis of an essential role of cholesterol in mammalian cell membranes.  In 1985 he was a Visiting Scientist at the CSIRO, Australia.  In 1988 he developed the first in a series of FASEB Summer Research Conferences on membrane structure.  In 1993 and in 2003 he was a visiting professor in the Department of Biochemistry, University of Oxford.  At U/B he won a teaching excellence award.  He moved in 1997 to the Department of Molecular & Cell Biology, University of Connecticut as Head of department. There he pursued studies of membrane protein structure.  While Head, substantial increases in graduate and undergraduate enrollment, research funding, and endowments, the development of new graduate programs, distance learning, and global educational partnerships as well as many new faculty hires were achieved.  He was elected to the Council of the Biophysical Society and Chair of the Membrane Structure & Assembly subgroup which he helped form, and facilitated founding of the Avanti Award.  He was Executive Editor of Biochemica et Biophysica Acta Biomembranes for a decade, a member of the editorial board of the Journal of Biological Chemistry, and published over 150 papers and reviews, and is author or editor of seven books.  In 2007 he became Dean of the Faculty of Arts & Sciences and Chief Academic Research Officer at Rutgers University Newark.  He restored faculty morale and trust; reformed the budget; deepened the diversity of the faculty; facilitated improvements in student advising; increased strength in scientific research, increases in external funding and helped realize a new undergraduate curriculum.  In 2011, he was appointed interim chancellor for the campus of 12,000.  He improved support for Admissions and oversaw an increase in applications, entering SATs and enrollment.  Retention improved.  External funding set a new record.  State funding increased 30%.  Private funding raising set new records.