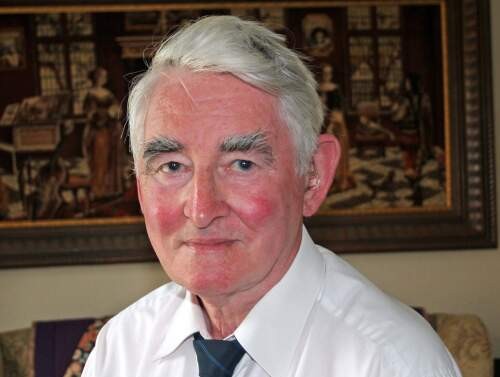 I am a retired Chartered Mechanical Engineer with aproximately 55 years experience in mechanical design. This covers machine tools, nuclear engineering, automotive, offshore engineering and aerospace. In my later working life I was emplyed as a Stress Engineer in the aerospace industry. On a personal level, I am married to Eileen with two girls, four Grand children and 2 Greatgrand children.

Following a drawing office apprenticeship with a Machine Tool Company (B.S.A Tools Ltd) in the early 1950’s, I gravitated to the machine design office as a design draughtsman becoming a member of the design team designing a range of  Single-spindle screw machines, Multi-spindle automatics and centreless grinding machines.
On leaving the Company I became involved with the preparation of detailed manufacturing and assembly drawings for a new design of Fork-lift truck which the Company (Clark Equipment) wanted to market World Wide. Other work also included the design of a range of servo-hydraulic fatigue test machines and Charpy impact test machines.
One design project I was deeply involved with at John Brown Machinery as a senior design engineer involved converting a cam operated Multi-spindle machine to CNC operation as part of a robotic factory.
Later in my career in the early 1980’s as a Design Group Leader the team I was leading designed and developed the Mooring Equipment for a Tension Leg production platform for Conoco, to be positioned in the North Sea.
On completion of the above project I then became involved with a Contract Stress Analysis Company covering Photo-elastic modelling and electrical resistance strain gauging for a number of client projects. Whilst at this company I helped with the testing of the camera support system for the ESA Giotto satellite to study Halley’s Comet.
Other design work included the dynamic analysis of Ironing Rolls for an Aluminium Rolling Mill in Yugoslavia, the design of a nuclear flask transporter for Berkley nuclear power station in the UK and the stress analysis of Liquid Carbon Dioxide piping at another nuclear power station (Hinkly Point B ) which also included the design of a support bridge to carry the piping over a roadway the design specification required it to withstand impact from any trucks passing underneath.
Further work included the design and analysis of fatigue testing machines for a helicopter blade platform actuator and the intermediate compressor casing used on a fighter gas turbine.
I also undertook a design study for AERE to irradiate antibodies for the treatment of Cervical cancer. The requirement was to process the irradiation within a totally enclosed structure with minimal human involvement.
In later years I was with the stress engineering team designing the initial wing box (design scheme ‘A’) for the Airbus A380. During a lull in the design activity  I was transferred to an associated company (GKN Aerospace) as a stress engineer. The Company had the contract for designing and manufacturing the trailing edge panels for the A380 and I was responsible for preparing concessions covering the manufacturing problems thus allowing the parts to be cleared and fitted to the finished wing section.
My other activities included providing stress engineering support to other design teams covering the Company’s other products including engine nacelles for the C27, C130 and Dash 8 -300 & 400 aircraft.