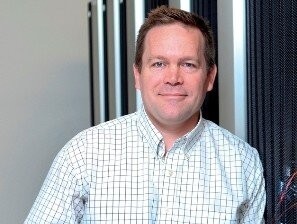 Jeffrey Vetter, Ph.D., has a joint appointment between Oak Ridge National Laboratory (ORNL) and the Georgia Institute of Technology (GT). At ORNL, Vetter is a Distinguished R&D Staff Member, and the founding group leader of the Future Technologies Group in the Computer Science and Mathematics Division. At GT, Vetter is a Joint Professor in the Computational Science and Engineering School of the College of Computing, the Principal Investigator for the NSF Track 2D Experimental Computing XSEDE Facility, named Keeneland (also see the Keeneland XSEDE Portal), for large scale heterogeneous computing using graphics processors, and the Director of the NVIDIA CUDA Center of Excellence.

Vetter earned his Ph.D. in Computer Science from the Georgia Institute of Technology. He joined ORNL in 2003, after stints as a computer scientist and project leader at Lawrence Livermore National Laboratory, and postdoctoral researcher at the University of Illinois at Urbana-Champaign. The coherent thread through his research is developing rich architectures and software systems that solve important, real-world high performance computing problems. Currently, Vetter's research addresses problems in analyzing new architectures for HPC using measurement, modeling, and simulation. In particular, he has been investigating the effectiveness of next-generation architectures, such as graphics processors, massively multithreaded processors, non-volatile memory systems, heterogeneous multicore processors, and field-programmable gate arrays (FPGAs), for key applications.

Vetter is a Senior Member of the IEEE, and a Distinguished Scientist Member of the ACM. His papers have won awards at the International Parallel and Distributed Processing Symposium (IPDPS) and EuroPar, and Vetter, as part of an interdisciplinary team from Georgia Tech, NYU, and ORNL, was awarded the Gordon Bell Prize in 2010. 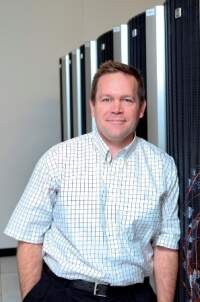