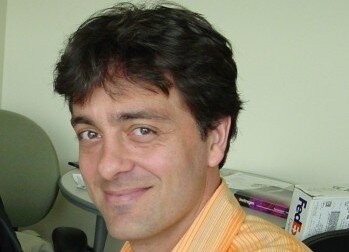 My lab focuses on developing microdevices that facilitate the advancement of basic neuroscience and translational cancer applications. My lab’s long-term mission is to make microfluidic devices as easy to use as smartphones and make them easily available to clinicians in order to enable novel cancer diagnostics and therapies. As an outreach activity, my lab is also interested in producing photographic art forms of our work, a project we call BAIT (for Bringing Art Into Technology).

From my Wikipedia profile:

Albert Folch Folch is a Catalan scientist, writer, and artist.

Albert Folch (pronounced Folk) was born in Barcelona (Spain) in 1966. He received his B.Sc. in Physics from the University of Barcelona (U.B.) in 1989. In 1994, he received his Ph.D. in Surface Science and Nanotechnology from the U.B.’s Physics Dept. under Dr. Javier Tejada's supervision. During his Ph.D. he was also a visiting scientist (1990–91) at the Lawrence Berkeley Laboratory (Berkeley, California) working on Atomic Force Microscopy under Dr. Miquel Salmeron. From 1994–1996, he was a postdoc at M.I.T. developing microdevices under the advice of Martin A. Schmidt (EECS Dept.) and Mark S. Wrighton (Chemistry). In 1997, he joined the laboratory of Dr. Mehmet Toner as a postdoc at Harvard University’s Center for Engineering in Medicine to work on BioMEMS and Tissue Engineering. In 2000 he joined the University of Washington's Dept. of Bioengineering (Seattle), where he is an Associate Professor. In 2001 he received a National Science Foundation CAREER Award and in 2014 he was elected to the American Institute for Medical and Biological Engineering (AIMBE) College of Fellows (Class of 2015). He serves on the Advisory Board of Lab on a Chip,the leading BioMEMS journal.

SCIENTIFIC RESEARCH AND TEACHING:
Albert Folch's lab works at the interface between neurobiology, cancer, and microfluidics. The lab is best known for its microfluidic devices, such as the microfluidic photomasks (that were featured in the New York Times), a combinatorial micromixer (featured in The Washington Post), and a microwell array for optically recording from large numbers of olfactory sensory neurons. However, the long-term goals of the Folch lab are to produce 3D-printed devices that facilitate access to cancer therapies, in particular personalized chemotherapy and immunotherapy.

As part of the undergraduate and graduate curriculum of the University of Washington's Bioengineering Dept., Albert Folch teaches a course on BioMEMS.

ARTISTIC ACTIVITY:
The Folch Lab produces microscopy images of microchannels and cells that then it uses to run an artistic outreach program called "BAIT", short for "Bringing Art Into Technology". The idea is that the micrographs act as baits to entice people to read the accompanying texts (the science) displayed next to the images. Hence, one comes to the exhibit for an artistic experience and leaves having actually learned some science. While a few of the micrographs are exhibited as obtained by the students without much modification, most pieces are collages, mosaics, and/or mixed-media montages (containing actual devices) made by Albert Folch. However, Albert Folch considers each piece a "collaboration" between him and his students (who are always credited by name, as in a scientific publication).

The Folch Lab art collection now consists of more than 60 printed/framed pieces and is already in its fourth major exhibit. The largest exhibit was at the University of Washington Allen Library in 2010 and the most recent one was during the 2013 Biomedical Engineering Society meeting in the Seattle Convention Center.

Albert Folch's artistic activity extends into graphic design. He has designed the logo for the University of Washington Bioengineering Department and the Folch lab art has been used in a number of brochures of scientific venues. Since 2010, Albert Folch also acts as Art Editor for the journal Lab on a Chip, running the "Art on a Chip" website.

LITERARY ACTIVITY
Albert Folch has written two general science books in Catalan (translated titles: Caught on the Internet and The Science in Soccer), a textbook in English (Introduction to BioMEMS), and a book about soccer in English (For the Love of the Ball").

Caught on the Internet (Editorial Empuries, 1997) teaches what the Internet is about to computer-illiterate audiences, starting from bits and bytes and ending with issues such as social fairness and hackers. This book is in its second edition and an extract of it is used in a textbook for Catalan middle schoolers.

The Science in Soccer (Editorial Empuries, 2004) uses soccer examples to convey science. The book is organized in chapters related to various soccer subjects ("The ball", "The field", "The player", etc.). Inside each chapter we find the answers to questions such as what it would be like to play soccer in each of the planets of the Solar System, why the ball is more than one meter ahead of where we think it really is in a 100 km/h kick (due to delays in the transmission of the nervous impulse), or why soccer balls are made of 12 pentagons and 20 hexagons, etc. This book is also available in e-reader format.

For the Love of the Ball (Amazon, 2013) tells the history and methods of FC Barcelona's youth academy. Albert Folch also keeps a related blog site, titled La Ciencia del Fútbol, where he talks about FC Barcelona's present state of affairs with a scientific perspective.

Albert Folch also created a large Catalan Poetry Selection. This webpage, originally hosted by M.I.T. and manually typed in 1995 just one year after the World Wide Web started, was, at the time, the first online literary resource of its kind and size in any language. Still widely visited, the selection features 800 poems and 176 Catalan poets spanning ten centuries, including 24 unpublished poets. 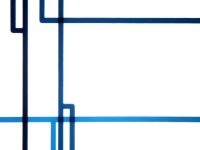 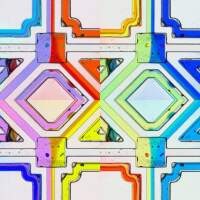 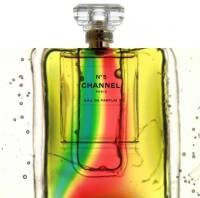 The day that Mondrian visited the lab

"The day that Mondrian visited the lab", by Chris Sip and Albert Folch