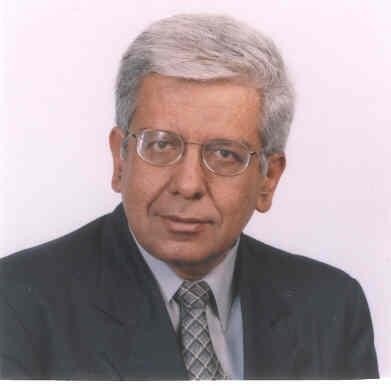 I am originally from Colombia South AMerica. However I have spent most of my life in Mexico. I consider the two countries as my home land. My wife, my two duaghters, and my son are all Mexicnas.

Edgar N. Sanchez  was born in 1949, in Sardinata, Colombia, South America. He obtained the BSEE, major in Power Systems, from Universidad Industrial de Santander (UIS), Bucaramanga, Colombia in 1971, the MSEE from CINVESTAV-IPN (Advanced Studies and Research Center of the National Polytechnic Institute), major in Automatic Control, Mexico City, Mexico, in 1974 and the Docteur Ingenieur degree in Automatic Control from Institut Nationale Polytechnique de Grenoble, France in 1980.
In 1971, 1972, 1975 and 1976, he worked for different Electrical Engineering consulting companies in Bogota,  Colombia. In 1974 he was professor of Electrical Engineering Department of UIS, Colombia. From January 1981 to November 1990, he worked as a researcher at the Electrical Research Institute, Cuernavaca, Mexico. He was a professor of the graduate program in Electrical Engineering of the Universidad Autonoma de Nuevo Leon (UANL), Monterrey, Mexico, from December 1990 to December 1996. Since January 1997, he has been with CINVESTAV-IPN, Guadalajara Campus, Mexico, as a Professor of Electrical Engineering graduate programs. His research interest center in Neural Networks and Fuzzy Logic as applied to Automatic Control systems.  He has been the advisor of 10 Ph. D. thesis and 35 M. Sc Thesis.
He was granted an USA National Research Council Award as a research associate at NASA Langley Research Center, Hampton, Virginia, USA (January 1985 to March 1987). He is also member of the Mexican National Research System (promoted to highest rank, III, in 2005), the Mexican Academy of Science and the Mexican Academy of Engineering. He has published  4 books, more than 150 technical papers in international journals and conferences, and has served as reviewer for different international journals and conferences. He has also been member of many international conferences IPCs , both IEEE and IFAC ones.