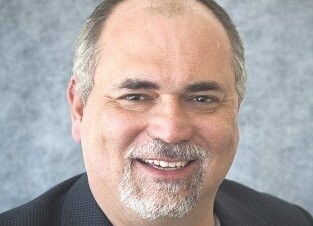 He was a faculty member at University of São Paulo, Brazil, from 1989 to 2000 where he was involved in organizing undergraduate courses in the Department of Mechatronics, teaching graduate courses in Power Electronics and Drives and also conducting research in applications of Intelligent Systems. Dr. Simões joined Colorado School of Mines in Fall 2000. He is working to establish research and education activities at CSM. His interests are in the development of intelligent applications, neural network, fuzzy logic and genetic algorithms for industrial systems and high power electronics applications for distributed energy systems.

Dr. Simões has been working on research of fuzzy logic and neural networks applications to power electronics, drives and machines control. He published the first book on fuzzy modeling and control in the Portuguese language. He delivered mini-courses and tutorials about fuzzy logic control with applications to mechatronics and power electronics during EPE-PEM in Kosice, Slovak in September, 2000, delivered a 3-day workshop in the Netherlands at TUE (Technische Universiteit Eindhoven) on group electromechanics and power electronics in June, 2001, and has recently presented a half-day tutorial titled "Fuzzy Logic Applications in Power Electronics and Industrial Systems" at the 28th IECON 2002 Annual Conference of the IEEE Industrial Electronics Society, in Seville, Spain, Nov. 5 - 8, 2002.

He has been involved in organizing conferences and technical sessions. In April 1998, he was chairman for the Industrial Applications of Intelligent Systems Session at the IEEE - Second International Conference on Knowledge-Based Intelligent Electronic Systems, organized by IEEE South Australia, in Adelaide, Australia. He was the technical coordinator for two Brazilian conferences: the IEEE-IAS INDUSCON Meeting in September, 1998, in São Paulo, Brazil, and the Brazilian Symposium on Intelligent Automation IFAC-SBAI, held in September, 1999. He has been actively involved in the organization of technical sessions for the IEEE IECON and IEEE- IAS Annual Meeting.

Dr. Simões is a recipient of an NSF - Faculty Early Career Development (CAREER) Award. This is the NSF's most prestigious award for new faculty members, recognizing activities of teacher-scholars who are considered most likely to become the academic leaders of the 21st Century.