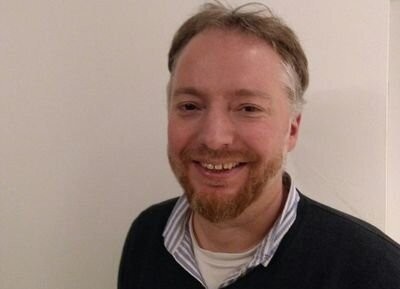 I obtained my PhD in anthropology from the London School of Economics in 2009, and have since held research fellowships at Brunel, Sussex, and Durham, I am currently a Visiting Fellow at Brunel and the University of Colombo in Sri Lanka. My work has engaged with social, health, and environmental challenges in South Asia.

I obtained my PhD in anthropology from the London School of Economics in 2009, and have since held research fellowships at Brunel, Sussex, and Durham, I am currently a Visiting Fellow at Brunel and the University of Colombo in Sri Lanka.

My work has engaged with social, health, and environmental challenges in South Asia. Through three major projects, I am exploring suicide, charity, and pesticides respectively. Funded by the ESRC, Wenner-Gren Foundation, WHO, and others, my work on suicide develops a practice theory of self-harm and opens new perspectives linking self-harm to questions of learning, agency, and power. Exploring how children and adults acquire suicidal ideas, I have argued that self-harm emerges from a confluence of material, social, emotional, and cognitive events (‘ontological subjectivities’) that make self-inflicted death possible (an ‘epistemological objectivity’). I understand suicide as a means through which 'the idea of death can be put into other people’s minds,' exposing forms and troubles of relationality. In future work I plan to follow the implications of this for the wider understanding of suicide and conduct a major cross-cultural study that explores the technologies, moralities, and ethics of chosen death across the globe.

This interest in the technologies of suicide, which in South Asia involves the consumption of pesticides, has led to my current project. Funded by the Wellcome Trust, I am conducting a multi-sited, value-chain study of agrochemicals from Europe to South Asia, and the ways that people make sense of pesticides’ status as objects of health and environmental danger and benefit. Situating pesticides within wider landscapes of the public (mis)trust of science, conspiracy theory, global-local regulation, relationships between human and non-human things, and allopathic and Ayurvedic toxicologies, I am developing a ‘pesticide’s eye view’ of agrochemicals' toxic fate. The ultimate aim is to ‘reimagine’ the terms of debates that pesticides generate, as they are contested by the agrochemical industry, environmental NGOs, and government regulators.

In dialogue with my work on pesticides is an interest in corporate social responsibility and philanthrocapitalism in South Asia, and the ways in which private businesses and foundations engage in health and social development and environmental protection activities. Funded by ESRC and DfID, I have explored the role of private enterprise in war/post-war transitions in Sri Lanka and Myanmar, coining the phrase ‘philanthronationalism’ to explain the partnerships that have emerged between private philanthropy and nationalist movements in those countries.

From this work I have also developed a strong interest in humanitarianism of the poor. Thus I am exploring the simple observation that the poor give differently to the rich, and as such our current theories of charity and humanitarianism fail to adequately capture the experiences of those at the bottom of the social pyramid. I am currently preparing a monograph on poverty, charity, and 'the empathetic life' in Sri Lanka. Arguing that if for the wealthy the poor exist as a distal fantasy and 'bare life,' 'the poor' for the poor exist as a proximate reality and 'reciprocated life.'

Finally, my work on suicide and charity has also led to an interest in gerontological care, and the processes of biopolitical and thanatopolitical morality that accompany ageing populations in Europe and Asia. Exploring this via current writing projects, I am interested in how ageing people and ageing bodies approaching death attract particular kinds of interventions and the ethical questions that surround them.