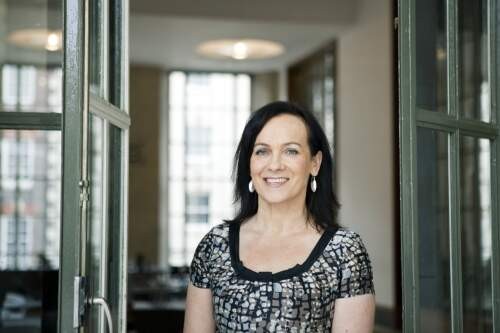 Lucy Bullivant is an architecture and design curator, critic, award-winning author and advisor based in London. In 2010 she was elected an Honorary Fellow of RIBA. In July 2013 she became Adjunct Professor, history and theory of urban design, Syracuse University in London. Through her international exhibitions, conferences and publishing projects, public speaking and consultancy work she has consistently advocated higher design standards and experimental multidisciplinary strategies to help counter the negative effects of globalisation. In Feb 2013 she launched Urbanista.org, her webzine on urban design. Many exhibition and conferences have been realised as a result of her fundraising.

A cultural historian with a Master's degree from the Royal College of Art, who submitted her PhD by Prior Output to London Metropolitan University (Sir John Cass Institute of Art, Architecture and Design) in November 2014, she worked as an art curator and director of open art exhibitions before launching her own company, Lucy Bullivant & Associates, in the mid-80s, working internationally with leading museums, galleries, cultural institutions, publishers and corporate bodies. Lucy’s roles have included Heinz Curator of Architectural Programmes at the Royal Academy of Arts, London, Guest Curator for Vitra Design Museum, Germany, Curator and British Commissioner at the XIX Triennale di Milano, and curator of several conferences at venues in London including Tate Modern, ICA, RIBA and the Royal College of Art. She is a Co-President of the ArchMarathon B2B architectural competition. Milan, 2014-; and a member of the Scientific Committee of the Institut pour la Ville en Mouvement PSA Peugeot Citroen, Paris, and of the Acquisitions Committee of the FRAC, Orléans, France. She was Renaissance Advocate to Yorkshire Forward (Renaissance Cities and Towns; 2007-10) and a member of the Quality Review Panel, London Legacy Development Corporation (LLDC, 2012-3).

Lucy is a widely respected and internationally read author and critic in the fields of architecture and urban design investigating emergent modes of practice and their social effects. Her books include Masterplanning Futures, on adaptive planning in the 21st century, supported by CABE (Routledge, 2012), which won Book of the Year at the Urban Design Awards 2014; New Arcadians: emerging UK architects (Merrell, 2012); Anglo Files: UK architecture’s rising generation, an analysis of young UK architects and their cultural and political context (Thames & Hudson, Princeton Architectural Press, DVA, 2005). Her publications Responsive Environments: architecture, art and design (V&AContemporary, 2006), 4dsocial and 4dspace (AD/Wiley, 2005, 2007) were the first of their kind to investigate the impact of interactive architecture and design, followed in 2017 by 4d Hyper-local: a cultural toolkit of the open source city (AD/Wiley). Her latest book, Recoded City: Co-creating Urban Futures, on participatory placemaking, with Thomas Ermacora (Routledge, June 2015). 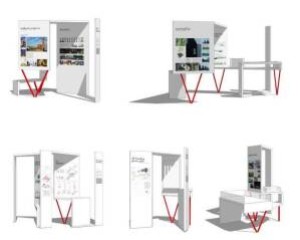 Urbanistas: the women changing the design of our cities today

Urbanistas: women innovators in architecture, urban and landscape design, showcases the ideas of some of the finest women practitioners based in, or working in, the UK today. Each is a role model for their peers and those entering the profession, showing incredible ingenuity and resourcefulness as they tackle societal needs through their designs for urban living.

The exhibition complements Roca’s focus on creativity and sustainability, manifest both in its long commitment to working with the world’s leading architects – from Herzog & de Meuron and Zaha Hadid to Rafael and Belen Moneo and David Chipperfield – and in its environmental policies.  Roca London Gallery Manager Eva Woode explains the relevance of Urbanistas to the company’s sustainability agenda: “We wanted to highlight the contribution that women are making to urban design, through sustainable and livable examples, because we believe that cities should be developed by city users – and that emphatically means both genders.  As an extension of this, we are founder sponsors of the AJ Women in Architecture Awards, which celebrate excellence in design and thought leadership and promote role models for aspiring architects and young women in practice.”  Now in their fourth year, the 2015 AJ Women in Architecture Awards will be announced on 27 February.

Urbanistas curator Lucy Bullivant says: “This is a particularly exciting time to be looking closely at urban design and those marshalling ground-breaking projects in the field, as the pressure to generate long-term sustainable and socially responsible solutions increases.  Although there has been a lot of discussion recently about the value and viability of ‘garden cities’, a concept dating back to the end of the 19th century, Urbanistas shows that re-evaluating existing neighbourhoods is more important to today’s urban design and liveability agenda, and of course far more sustainable in terms of future-proofing spaces to help support people’s lives in the 21st century.”

Exhibition designers, the architectural firm Feix & Merlin, described their approach: "We designed a family of five objects, each individually adaptable to the selected exhibits, as a series of geometrically folded ribbons that echo the nature of the exhibition as well as respond to the interior design of Roca London Gallery itself.”

Two public evening talks on 16 and 30 April 2015 will feature the exhibitors and the curator in debate about topical issues and challenges faced by cities today and the role contemporary architecture and urban design can play in their sustainable futures. Please check for programme updates on www.rocalondongallery.com

Roca Galleries are part of Roca’s international strategy to express the brand values of design, innovation, sustainability and well-being. They also convey a desire to maintain an ongoing dialogue with society and professionals who share an interest in shaping the future of bathroom spaces. The various Roca Galleries in Barcelona, Madrid, Lisbon, Shanghai and London are a vehicle for expressing this desire, while providing a meeting place and area for interior decorators, designers and architects worldwide.

Mondays to Fridays from 9am to 5.30pm

Saturdays from 11am to 5pm

Open until 8pm on the last Tuesday of every month.

Roca is a company specializing in the design, production and marketing of products for bathroom spaces as well as ceramic floorings and wall coverings used in architecture, construction and interior design. The firm has more than 21,100 employees and 76 production plants and is present in more than 135 countries around the world.

Lucy Bullivant Hon FRIBA is a leading architecture curator, critic, author and consultant who investigates and evaluates innovative synergies in contemporary architecture and urban design between theory and practice across cultures. She works internationally with leading museums, galleries, cultural and educational institutions, publishers, corporate and non-profit bodies, and in February 2013 founded Urbanista.org, a new webzine of critical analysis of urban design.

She is Adjunct Professor in the history and theory of urban design, Syracuse University in London, and her book Masterplanning Futures (Routledge, 2012) won Book of the Year at the Urban Design Group Awards, 2014. In May 2015 her new book, Recoded City: Co-Creating Urban Futures, (Routledge), with Thomas Ermacora, is published.

Feix&Merlin Architects is a boutique architecture studio based in London and Sao Paulo, co-founded by Julia Feix and Tarek Merlin in 2006. Since its creation Feix&Merlin have consistently produced work that is magical and full of mystery, trying to keep an emphasis on work that is progressive, unusual and whimsical. Their first built project, ‘Eyes Wide sHut’, a beach hut on the east coast of England, completed in 2007, sought to create a new interest in the traditional UK holiday destination. Since then they have worked for some of the UK’s leading developers such as Argent, Igloo and Urban Splash; educational institutions such as the London School of Economics; retail brands like Ferrari; London property estates including Shaftesbury and Crown Estates, as well as a number of other exciting projects for private residential clients.

Feix&Merlin were finalists for the Young Architect of the Year award in 2008 and nominated for the LEAF Awards 2009.