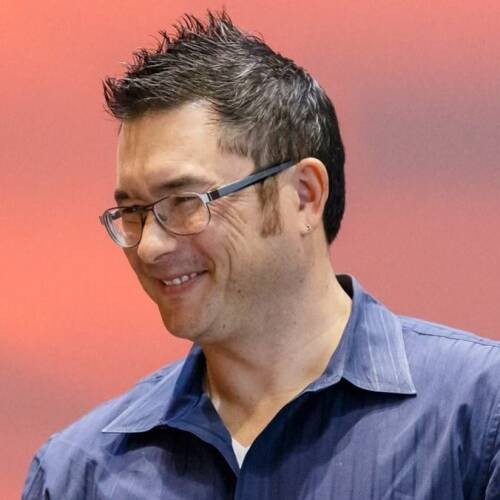 Wayne Au is an Associate Professor in the School of Educational Studies at the University of Washington Bothell, and he is an editor for the social justice teaching magazine, Rethinking Schools. His work has focuses on critical education theory, critical policy analysis, teaching for social justice, multicultural education, and curriculum studies.

Wayne Au is an Associate Professor in the School of Educational Studies at the University of Washington Bothell, and he is an editor for the social justice teaching magazine, Rethinking Schools. An old-school hip hop head and retired DJ, his work has focused generally on critical education theory, critical policy analysis, and teaching for social justice. Specifically he has engaged in scholarship about high-stakes testing, social studies education, curriculum studies, and multicultural education. In 2002 he was presented with the Early Career Advocate for Justice Award from the American Association of Colleges of Teacher Education, in 2006 he was awarded the prestigious Arvil S. Barr fellowship from the University of Wisconsin, Madison, and in 2012 he was presented with the Early Career Scholars Award from the Critical Issues in Curriculum and Cultural Studies SIG of AERA.

Dr. Au is a proud product of Seattle Public Schools and the university system of the state of Washington. He graduated from Garfield High School class of 1990, and he earned his Bachelors and Master in Teaching degrees at The Evergreen State College in Olympia. He began his work in education over 20 years ago as a tutor for an Upward Bound program. He went on to become a public high school social studies and language arts teacher in Seattle and in Berkeley, California, and eventually earned his Ph.D. in Curriculum & Instruction from the University of Wisconsin, Madison, under the mentorship of Michael W. Apple.

As a public high school teacher, Dr. Au began writing regularly for Rethinking Schools, co-founded the Puget Sound Rethinking Schools group, and he joined the steering committee of the National Coalition of Education Activists. He remains active with Rethinking Schools, and has been involved in coordinating the Annual Northwest Conference on Teaching for Social Justice.

Dr. Au regularly presents at peer-reviewed conferences and as an invited speaker both domestically and internationally. He frequently speaks at locally organized, grassroots education activist events and schools, and he contributes commentary about educational issues to both radio and TV media outlets.

Currently Dr. Au has authored or co-authored upwards of 90 published works. His scholarly articles have appeared in Educational Researcher, Harvard Educational Review, Teachers College Record, The Journal of Curriculum Studies, The Journal of Education Policy, The Journal of Negro Education, Teacher Education Quarterly, Multicultural Perspectives, the British Journal of Sociology of Education, and Science & Society, among others. He has also written more popular articles that have appeared in the pages of Rethinking Schools as well as online for The Progressive and CommonDreams, and he has contributed curriculum to multiple projects focused on teaching for social justice, such as Beyond Heroes and Holidays, Putting Movement Back Into Civil Rights Teaching, and The Zinn Education Project. His work has also been translated into Portuguese, Japanese, and Chinese.

His upcoming book projects include co-editing a collection entitled Mapping Corporate Education Reform (Routledge, due out in 2015) with Joseph J. Ferarre, and co-authoring Peculiar Sensations, with Anthony Brown and Dolores Calderon, about the history of curriculum discourse in the U.S.

Finally, and perhaps most importantly, Dr. Au is a doting father to his son, Makoto, and a loving partner to his wife, Mira.