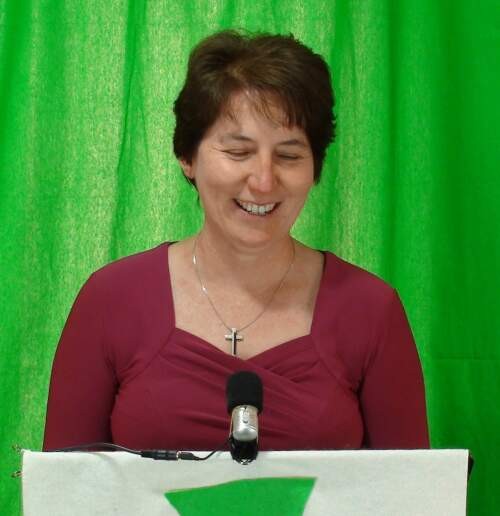 Anita Monro is an ordained minister of The Uniting Church in Australia. She has taught and written in the areas of hermeneutics, liturgical theology, feminist methodology and theology. She has served on several national commissions of the Uniting Church including worship and doctrine. She currently serves as Principal of a women's residential college associated with The University of Queensland where she is an Honorary Research Senior Fellow with the School of History & Philosophical Inquiry.

Anita Monro is currently Principal of Grace College, a women's residential college affiliated with The University of Queensland, The Uniting Church in Australia [UCA] (Qld Synod), and The Presbyterian Church of Queensland. She is an ordained Minister of the Word of the UCA, having been ordained on 10 December 1988. She has lived and served in the Presbyteries of Moreton Rivers (previously North Brisbane), North Queensland, Mary Burnett, The Downs, Bremer Brisbane, Parramatta Nepean, Sydney and New England; and the congregations of Wavell Heights, Clayfield, West Toowoomba, Home Hill, Maryborough (City, West & Country), Stanthorpe, Geebung, St Andrew's Brisbane City, Albert St Brisbane, Parramatta, Croydon (Sydney), Armidale and St Lucia. She has served on a number of UCA national agencies including the National Working Groups on Worship & Doctrine and Gospel & Gender. She has taught and administered in a range of university and college settings including Coolamon College (National Network for Distance Theological Education), Brisbane College of Theology, Sydney College of Divinity, United Theological College, Charles Sturt University and Australian Catholic University.