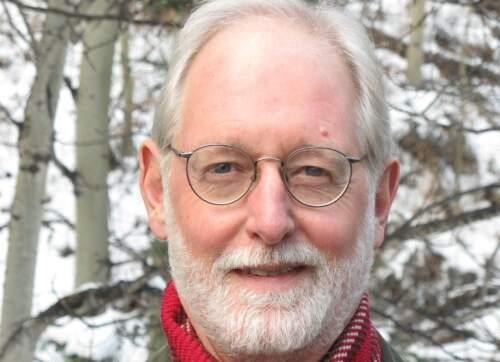 Robert Janes is Editor-in-Chief Emeritus of Museum Management and Curatorship and is currently an independent scholar-practitioner. He has worked in and around museums for 42 years as an executive, consultant, author, editor, archaeologist, board member, teacher, volunteer, and philanthropist. He has spent his career championing museums as important social institutions - capable of making a difference in their communities and in the lives of individuals. He has a Ph.D. in archaeology.

Robert R. Janes is currently the Editor-in-Chief Emeritus of the journal Museum Management and Curatorship (www.informaworld.com/rmmc), an independent scholar-practitioner, a Visiting Research Fellow at the School of Museum Studies at the University of Leicester (UK), a Fellow of the Canadian Museums Association, and the Founder and Co-Chair of the Coalition of Museums for Climate Justice. His museums publications have been translated into nine languages.

He is the past President and Chief Executive Officer of the Glenbow Museum, Art Gallery, Library and Archives (www.glenbow.org) Calgary, Alberta, Canada, a position he held from 1989-2000. Prior to his Glenbow appointment, Janes was the founding Director of the Prince of Wales Northern Heritage Centre from1976 to1986 (http://www.pwnhc.ca/ ), and the founding Executive Director of the Science Institute of the Northwest Territories from1986-1989 (http://nwtresearch.com/ ), both in Yellowknife, Northwest Territories, Canada. He earned a Ph.D. in Archaeology from the University of Calgary.

He began his career as an archaeologist in Canada’s remote Northwest Territories and continues to work with Canada’s Indigenous Peoples. He was given a traditional Blackfoot First Nations name in 1995.

Janes’ research, writing and public speaking are devoted to encouraging museums to look at their work from the perspectives of sustainability, relevance and testing long-held assumptions. He is also interested in reflecting on traditional museum practices and exploring alternate ways of understanding and doing museum work. His research interests include:

1. The design, organization and management of museums, including organizational change and innovation.

2. The role and responsibilities of museums as social institutions, including the museum’s role in enhancing the quality of life by addressing community issues, interests and aspirations.

3. The repatriation of indigenous material culture, with particular reference to the First Nations of North America.