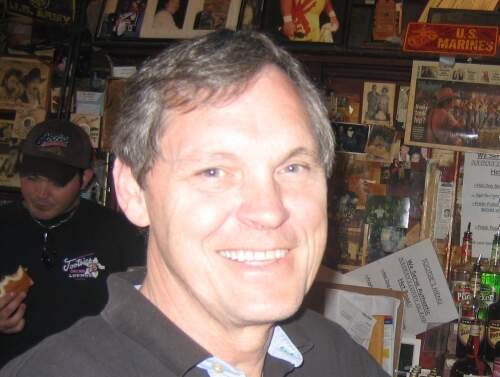 Professor Junkins's expertise lies in dynamical systems, guidance, navigation, and control systems. He does theory, computation, design, and experimental research and has a record of achieving closure between theoretical concepts and physical realizations. His work has been successfully transition to a number of aerospace missions and industrial applications. A prolific author (400 papers, 7 books, and a number of patents) and academic mentor (>100 graduate students, 47 PhDs gratuated).

John L. Junkins holds the rank of Distinguished Professor of Aerospace Engineering at Texas A&M University.  He received his M.S. and Ph.D. from the University of California, Los Angeles and his B.A.E. from Auburn University. He has been selected for distinguished alumnus awards by both of his alma maters:  UCLA and Auburn University.  At Texas A&M, he holds the Royce E. Wisenbaker Chair in Engineering.  He has also been named a Regent’s Professor at Texas A&M.  Prior to joining Texas A&M, he held appointments at UVa (1970-‘77) and Va Tech (1977-‘85), following four years with McDonnell Douglas Astronautics Company where he developed and applied optimization methods for design of optimal trajectories for the Delta Launch Vehicle.  He is the Founding Director of the Texas A&M University Institute for Advanced Study.

He is a member of the National Academy of Engineering and the International Academy of Astronautics.  He is a Fellow of the American Institute of Aeronautics and Astronautics (AIAA) and the American Astronautical Society (AAS). In April 2011, he received the inaugural Lifetime Achievement Medal from the International Conference on Computational Engineering Sciences (ICCES) in Nanjing China.  In May 2011, he was elected an Honorary Fellow of AIAA.

He is the author of over 400 publications, including 7 books and several patents. His texts and literature contributions are in worldwide use as standard references for thousands of professors, students and practicing engineers in the field. His areas of interest span dynamical systems, control, sensing, and estimation, especially with applications to astrodynamics.  He does theory, computation, experiment and invention/prototype design.  He is a prolific mentor, having directed the research of over 120 graduate students and 20 post-doctoral researchers; 46 PhDs have graduated and 8 PhD students are in progress.  Over 20 of his former students are on leading faculties worldwide, giving rise to three generations of professors.  He has been a Principal Investigator (PI) or Co-PI for over three decades, acquiring and leading over 80 externally sponsored research projects with total expenditures exceeding $40M. His work is sponsored by AFOSR, AFRL, ONR, NASA, NRO, and various industrial partners.

He has contributed to fundamental engineering science scholarship, inventions and transitions of his work to support over a dozen advanced missions. Some key historical and recent highlights:
• He pioneered the trajectory optimization algorithm and helped write the AB360 code that was used to design Delta launch vehicle trajectories for more than a decade ending in the mid 80s.
• He is regarded as the technical father of spacecraft attitude estimation, having published a landmark mid-1970s paper entitled “Real-Time, On-Board Star Pattern Recognition and Spacecraft Attitude Estimation”.  The algorithm presented in this paper, was published before the invention of the PC, and coincided with the first use of a CCD camera (teamed with Ball Aerospace) as a star sensor.  This sensor and its derivatives were adopted by DoD and NASA for numerous missions and all modern star sensors have evolved from this technology. Along with D Mortari, he recently published the existing state of the art star pattern recognition algorithm (the Pyramid algorithm).
• In the early 1980s, at JHU/APL he developed (and first implemented on the 1983 NOVA navy navigational satellite) the first real-time, on-orbit use of optimal control to execute the time-optimal magnetic attitude maneuvers of the NOVA spacecraft.
• During the past 15 years, he has published extensively widely adopted mathematical formulations and algorithms for
o Estimation and optimal control of dynamical systems
o Astrodynamics
• Some recent experimental work is focused on the Land, Air, and Space Robotics (LASR) Laboratory. The LASR lab was designed and developed by Junkins specifically to close the loop between theory, computation and experiment and enable research on close proximity SSA technologies (sensing, inference, pattern recognition, autonomous/adaptive control).
• Junkins recently invented a 4th generation LADAR sensor that utilizes novel scanning prisms to enable over 107 range measurements per second, accurate to 3mm, over a 30o field of view, with the standoff range varying from ~1m to 40km. He has also developed real-time algorithms to fuse these range measurements with a co-registered and synchronized HD camera to generate near-real-time CAD-like point clouds of the imaged scene or objects, rendered with the corresponding RGB paint job.  Natural feature detection is used to fuse overlapping measurements to developed extended scene geometry.  Under NRO sponsorship, this revolutionary sensor was brought from a conceptual design cartoon to a prototype in less than 3 years, and promises numerous applications in ISR, SSA, robotics, and UAVs.