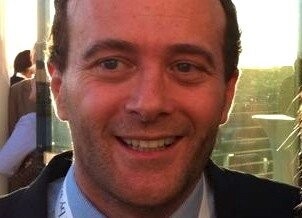 Passionate about Law and Life, Felipe's career has developed over time by the constant taking of multiples challenges both in the legal practice and in the academic field. Felipe (41) has been managing partner of two law firms for over 15 years, and at the age of 35 he had completed three law degrees during a period of 12 years; one in Spain (LL.B) and two in England (LL.M, Ph.D)

At the age of 35 Felipe Arizon became a Doctor in English Law, five years later he became an author of the Lloyd's Shipping Law Library. He obtained his doctorate degree while he was leading for eight full-time years the  running of a law firm as head partner. He has been practising law since 1998 and is a managing partner since 2000. Co-Author of Maritime Letters of Indemnity.

He is an acclaimed Barrister before Spanish Courts; High Courts; Appeal Courts, and Supreme Courts, matching his Court appearances with outstanding records. Dr. Arizon has been asked to provide expert evidence regarding Spanish Commercial Law in two litigation cases before the High Courts of Justice in London.

Felipe holds a Ph.D in English Law at the Univesity of Newcastle upon Tyne (England, 2008) in recognition of a thesis entitled "The Enforceability of the Letter of Indemnity in the Context of Shipping", and a LL.M. in maritime and commercial law at Southampton University (England, 1998). He has been a Visiting Scholar at the University of Tulane-New Orleans, (U.S., 2006). He holds a Law degree from the University of Malaga (Spain, 1996) and was a trainee at Directorate General of Transport at the European Commission in Brussels, he was also a summer stagiaire at T. Sioufas Law Offices (Greece, 2000).

Dr. Arizon is lecturer for the Spanish State Institute for International Trade on agency, franchise, transfer of technology, distribution, international and domestic sale contracts. He has lectured widely in Spain and abroad, inter alia, in England (Newcastle University; Lloyd's Maritime Academy), Russia, Ukraine, The Netherlands, France, and Turkey. He has been engaged on seminars at the Nautical Institute (England) and for commodities in El Cairo (Egypt). Dr. Arizon is permanent counsel of both the Ship Agent  and Port Operators Association of Malaga and of the Malaga Custom’s Agents Bar. He is supporting member of the LMAA, member of the ASCAME's working commissions, of the Port Services Commission of the Malaga Port Authority.

Felipe Arizon is The Spanish editor and member of Forwarderlaw.com as well as The Founder of Shiparrested.com network.