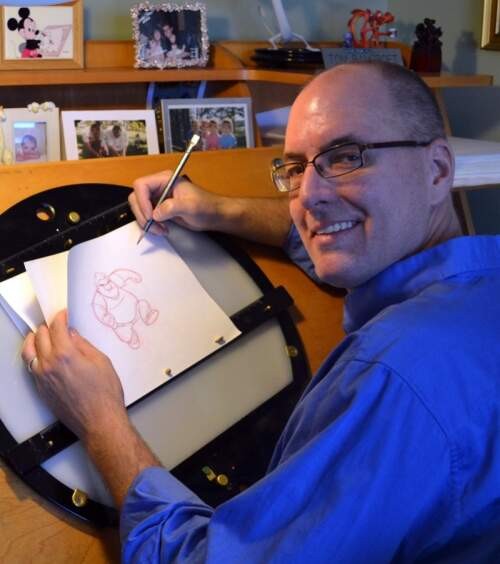 Tom Bancroft has over 25 years experience in the animation industry, primarily with Walt Disney feature animation as a Supervising Animator. He also has created memorable characters for Lego, WB, Dreamworks, Marvel, Big Idea Productions (Veggietales), CBN Animation (Superbook), and ABCMouse.com. He is the author of two best-selling books on character design: Creating Characters with Personality and Character Mentor.

Tom Bancroft has over 25 years of experience in the animation industry, most of which was for Walt Disney Feature Animation where he was an animator for 11 years.  He has been nominated for Annie and Rueben awards, spoken at the Kennedy Center and awarded an entry into the Chicago Children’s Film Festival.

While at Disney, Bancroft had the opportunity to contribute his talents to 10 animated feature films, five animated shorts, and numerous special projects and commercials.  Among the classic films on which he worked are, “Beauty and the Beast,” “The Lion King,” “Aladdin,” “Mulan” and “Brother Bear.” He was also a character designer and director for Big Idea Productions, makers of the family-friendly “Veggietales” video series.

In 2005, Bancroft had his popular art instruction book “Creating Characters with Personality” published by Watson-Guptill Publishers. It has become the most recognized book on designing characters for animation, video games, comic books and cartooning, and is a required textbook at many art schools around the world. In 2012, Focal Press published his second book, “Character Mentor” and it is already one of their best-selling art instruction books.  He has also illustrated over 50 children’s books, art directed a major children’s educational website (ABCMouse.com), wrote and illustrated multiple comic book series, and created character designs for TV, Film, and Video games for clients like Lego, Disney, Warner Brothers, Dreamworks, CBN, Random House, Big Idea Production, Marvel, and more.

Presently, Bancroft is the Head of Character design for the animated TV series, “Superbook”, Seasons 2 to 4 for Christian Broadcasting Network, President of his online art instruction website (TaughtByAPro.com), Artist in Residence for Lipscomb Univeristy, speaks at video game companies and art schools all around the world (EA Entertainment, SCAD, Ringling, Nemo Academy-Italy, etc.) and creates art and art direction for clients all over the world.

Bancroft and his family reside in Franklin, Tennessee.

Drawing and spending time with my family 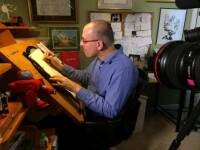 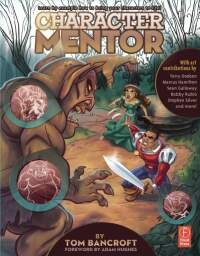 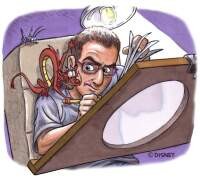 Caricature of me and Mushu

I was the supervising animator and designer of "Mushu" the dragon, voiced by Eddie Murphy, from the Disney film "MULAN".