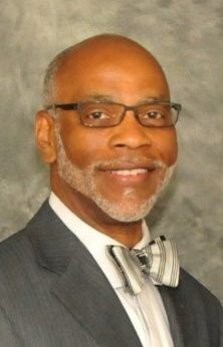 Retired after 38 years with the Walt Disney Studios and hold the distinction of being the first African-American animator & supervising animator for the Studio. Receive an AA degree from Citrus College in Glendora, CA and a Bachelors degree from the Univ of Nevada, Las Vegas. Illustrated books, magazines, taught and conducted workshops and lectures worldwide.

After graduating from Monrovia High School Ron attended and received his AA Degree in Art from Citrus College, Glendora, CA and his Bachelor of Art degree in 1973 from the University of Nevada, Las Vegas. He has taught animation drawing workshops at Cal Arts in Valencia, California; Atlanta, Georgia and as far away as Sydney, Australia.  He participated in a workshop in New Orleans, LA where he was the guest instructor for a 2-week course in character animation and has taught a class on “Humorous Illustration” at Mt. San Antonio College in Walnut, California.  Ron also has taught Gesture Drawing at the Gnomon School of Visual Effects, Hollywood, CA.

His animation screen credits include The Hunchback of Notre Dame”, “The Firebird Suite” segment of Fantasia 2000, and Dr. Sweet in the full length feature, Atlantis; The Small One, The Fox and the Hound, The Black Cauldron, The Great Mouse Detective, Oliver & Company, The Little Mermaid, The Rescuers Down Under, Beauty and the Beast, Aladdin, The Lion King, Pocahontas, the re-release of Beauty and the Beast in IMAX format and Treasure Planet.  Other screen credits include Loneytoons- Back In Action (Warner Bros.) The Heffalump Movie from Disney and Warner Bros. Fat Albert, The Movie;
animation of the cool cat in “Opposites Attract,” a Paula Abdul music video and has illustrated numerous children’s books and magazines.

Outside of the world of art Ron addressed the National Religious Broadcasters in Washington, D.C., in 1991 where he was honored as the recipient of the Centurion Award.

From 1991 to 1996, he was a featured speaker at the Black FilmMakers Hall of Fame in Oakland, California.  In 1968 Ron was awarded the National Achievement in Art Scholastic Award.  He has received awards from the Second Baptist Church of Monrovia as Father of the Year in 1979, Teacher of the Year in 1993 and Man of the Year in June of 2007 and June of 1998.   Ron was  awarded a Lifetime Achievement Award by the Black Hollywood Education and Resource Center (BHERC) at its 17th Annual African American Film Marketplace and S.E. Manley Short Film Showcase on December 10, 2010.   In December 2014 Ron was the commencement speaker at the Art Institute of California-Inland Empire’s graduation ceremony.

He currently resides in San Dimas, California.  He is married to LaVonne, his wife of 42 years.   They have three adult children and he is fondly known as “Grampy “ to his three, beautiful, granddaughters.

Human and Animal Anatomy and Locomotion