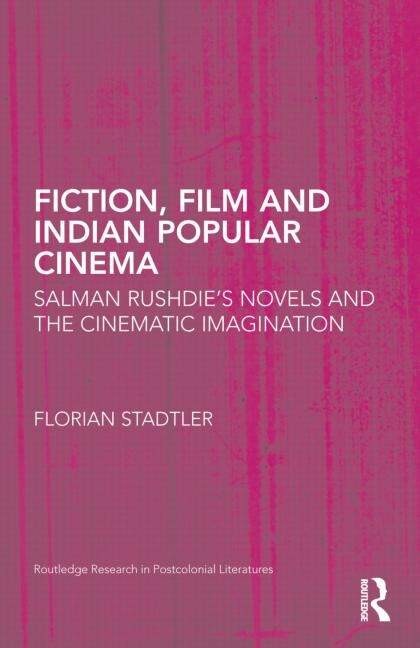 My main research interests lie in colonial and postcolonial literature and film, especially South Asian writing in English and the work of Salman Rushdie, British Asian history and literature, Indian popular cinema and its representation in South Asian fiction, and African literature as they relate to colonial and postcolonial discourse analysis. I am also interested in nineteenth-century, twentieth-century and contemporary British fiction, in particular the development of the novel. My monograph, Fiction, Film and Indian Popular Cinema: Salman Rushdie's Novels and the Cinematic Imagination highlights the way in which Rushdie draws on the conventions, style and politics of Indian Popular Cinema in his exploration of the postcolonial subcontinent and the South Asian diaspora in fast-changing global, economic and social spaces, ranging from the metropolises of Bombay, London and New York.
I have also published extensively on South Asian-British history, including on the case of Udham Singh and South Asian soldiers in the First and Second World Wars. I have co-edited a special issue of Wasafiri: The Magazine of International Contemporary Writing, entitled India and Britain: Cross-Cultural Encounters, which highlighted the vibrant South Asian publishing culture of 1930s-1940s Britain. My research is historically invested and draws extensively on archival collections in Britain, India and the US. From 2011-12 I worked as  a Research Fellow on the AHRC-funded follow-on project, 'Beyond the Frame: Indian British Connections'. It was led by The Open University and Professor Susheila Nasta in collaboration with the British Library, British Council in India, National Archives of India as well as the British Museum and Victoria and Albert Museum. The project team curated and toured a facsimile panel exhibition, 'Beyond the Frame: India in Britain, 1858-1950', to eight cities in India to highlight the formative cultural, social and political contributions South Asians made to British life in this earlier period to counter the common perception that Britain only diversified after the end of the Second World War. Working closely with educationist and pioneering historian, Rozina Visram, the project produced a variety of online resources, including an 'Asians in Britain' learning website for the British Library. The project has been nominated in the category 'Collaboration of the Year' at the Times Higher Education Award (2013) and is an impact case study for RCUK and the AHRC who also featured it in its report to funders. As part of its legacy to open up and bring to wider public audiences the extensive visual archival holdings of this early Asian diasporic community in Britain, the project has also curated Asian Britain: A Photographic History, published by the Westbourne Press and partnered by the British Library and Getty Images. 'Beyond the Frame' grew out of the collaborative AHRC-funded research project, 'Making Britain: South Asian Visions of Home and Abroad, 1870-1950' (2007-10) on which I worked as a research associate. Led by The Open University and partnered by the University of Oxford and King's College London, the team was led by Susheila Nasta and included Elleke Boehmer, Ruvani Ranasinha, Rozina Visram, Rehana Ahmed and Sumita Mukherjee. Together we produced a public database: www.open.ac.uk/makingbritain which is attracting high levels of traffic from users across the world.