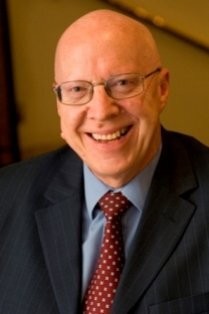 Tony Rogers is a consultant specialising in conferences, business events, and destination/venue marketing and management. He established his own consultancy, Tony Rogers Conference & Event Services Ltd, in September 2009 (www.tony-rogers.com).

Until September 2009 Tony worked as Project Director for Eventia (now EVCOM), the events industry trade association, and prior to this he spent 19½ years as Chief Executive of the British Association of Conference Destinations (BACD).

Tony is an honorary member of the Association of British Professional Conference Organisers (ABPCO), an association he managed for eight years (2000-2008); a Visiting Fellow at Leeds Beckett University’s UK Centre for Events Management; a past member of the European Advisory Council for Destination Marketing Association International (DMAI); and author of several books on the international conference industry including ‘Marketing Destinations and Venues for Conferences, Conventions and Business Events’ (written jointly with Rob Davidson of MICE Knowledge) and ‘Conferences and Conventions: A Global Industry’, both translated into Chinese (the latter has also been translated into Portuguese). He has also been a course validator for Sheffield Hallam University, University College Birmingham, the University of Westminster and Manchester Metropolitan University.

Tony is actively involved with the Business Visits & Events Partnership (BVEP), the umbrella body for the business events sector in the UK. His work for BVEP includes compilation of the ‘Events Are GREAT Britain’ report (published March 2014); and a research study on ‘Global Best Practice in Subvention and Bid Support’ (in conjunction with Sally Greenhill of The Right Solution) published October 2011.

Tony is a regular speaker at conferences and events in the UK, and at a number of UK universities and colleges. He has also presented at conferences in Belgium, Germany, Greece, South Korea, Malaysia, Malta, Monaco, The Netherlands, South Africa, and Spain.

Before joining BACD in 1989, Tony held positions as: a careers adviser; a business economist in a local authority economic development department; an area secretary with a world development charity.