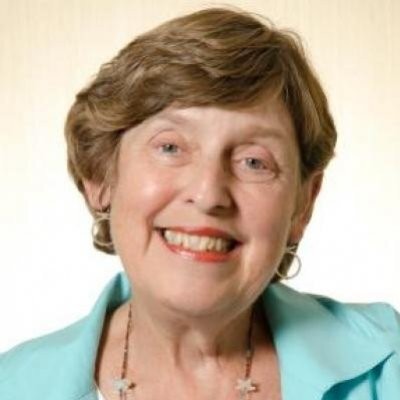 Barbara C. Crosby is associate professor at the Humphrey School of Public Affairs, University of Minnesota. She has taught and written extensively about leadership and public policy, cross-sector collaboration, women in leadership, and strategic planning. She is co-author with John M. Bryson of Leadership for the Common Good (Jossey-Bass, 2005) and co-editor of Public Value and Public Administration (Georgetown Press, 2015) and Creating Public Value in Practice (CRC Press, 2015).

Since the mid-1980s, Barbara C. Crosby has been a part of the global community of scholars seeking to understand leadership and good practice in leadership education. During that time she has been based at the Hubert H. Humphrey School of Public Affairs at the University of Minnesota, where she has taught graduate and undergraduate courses, organized professional development programs, and directed leadership centers.
In 1992, she and co-author John M. Bryson published Leadership for the Common Good: Tackling Public Problems in a Shared-Power World and a second edition in 2005. She also is the author of Leadership for Global Citizenship (1999) as well as numerous articles on integrative leadership, cross-sector collaboration, and public value. Along with John Bryson and Laura Bloomberg, she edited two recent books on public value: Creating Public Value in Practice (2015) and Public Value and Public Administration (2015). For many years she has served on the editorial boards of The Leadership Quarterly and the Journal of Public Affairs Education.
Before focusing on leadership studies, Barbara was a news reporter and editor. After graduating from Vanderbilt University in 1968 with a degree in political science, she went to work for the Augusta (Ga.) Herald and subsequently edited weekly newspapers in Baltimore, Md. She moved to Madison, WI, in 1974 to pursue a master’s degree in journalism and mass communication, and in 1975 joined the press office of Wisconsin Gov. Patrick Lucey and subsequently became his press secretary.
In 1977, Barbara moved to Minneapolis and became a speechwriter for Gov. Rudy Perpich of Minnesota. After that she was vice president for communications at The Minnesota Project, a nonprofit focusing on public policy and community development, while finishing research for her master’s degree (completed in 1980).
During her three decades at the University of Minnesota, Barbara has been a prime organizer of the Humphrey School’s midcareer master’s degree program, the university’s leadership minor, and the Center for Integrative Leadership. She is also part of the Public and Nonprofit Leadership Center at the Humphrey School. In 1990, Barbara began her work on a Ph.D. in leadership studies with Union Institute and University and completed that degree in 1996. Her dissertation focused on leadership in and by Amnesty International and the International Women’s Rights Action Watch. Also in the early 1990s, she was coordinator of the Humphrey School’s International Fellows Program.
Some of Barbara’s leadership research and teaching has been conducted outside the U.S., especially during the four separate years that she and her spouse John Bryson have lived in the United Kingdom. In addition to teaching in the U.K., she has taught in Poland, Ukraine, New Zealand and Australia. She is a fellow of Britain’s Leadership Trust.