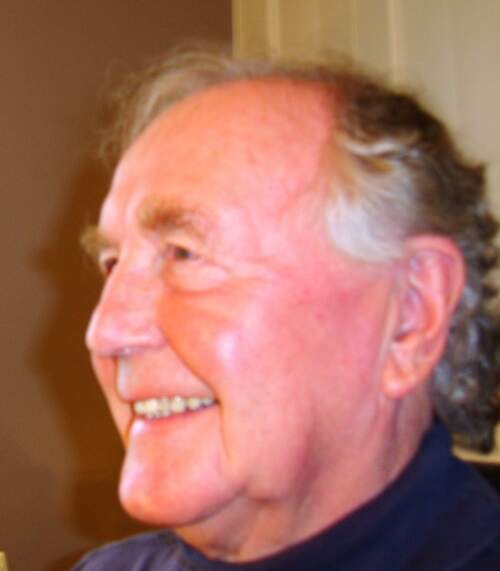 Qualified as a chartered accountant, Bob Tricker studied at Harvard and Oxford Universities. He was a professor at Warwick University, Director of the Oxford Management Centre, Research Fellow at Nuffield College, and Professor of Finance at Hong Kong University. With a BA from Wells College, and an MBA from Boston University, Gretchen Tricker has been journalist, publisher, managing editor of a Hong Kong magazine, and Senior Research Office

Having studied at Harvard and Oxford Universities, Professor Bob Tricker became P. D. Leake Research Fellow at Oxford Centre for Management Studies, before being appointed professor at the University of Warwick Business School. He returned to Oxford as Director of the Oxford Management Centre, which subsequently became Templeton College, before merging with Oxford’s Säid Business School.  He then went on to fourteen years in Hong Kong as Professor of Finance at the prestigious Hong Kong University.
But he had left King Henry Vlll Grammar School Coventry at 16 and was articled to a firm of Chartered Accountants, qualifying at 21. He then served for two years as an officer in the Royal Navy, appointed as assistant secretary to the captain of HMS Thunderer and then as cash officer in HMS Maidstone, a submarine depot ship, sailing around Europe, the Atlantic, and the West Indies. For seven years subsequently, he was financial controller of an engineering company, before turning to management education.
The incredible governance behaviour of members of the Council of the Oxford Management Centre - political cliques and power plays, divisive clashes between college heads and businessmen, incredible interpersonal relations - led him to realise that governance was not the same as management.  His experiences of management education at Oxford are described in his book Oxford Circus. Ultimately, the Chairman of the Centre’s Council, a businessman, decided that Tricker’s strategy of working with senior management and directors was wrong. Academics had no place in the board room, he thought; his Centre should focus on middle management.  A five year’s Research Fellowship at Nuffield College followed, for Tricker, where he researched what has become known as corporate governance and wrote the first book to use that title - ‘Corporate Governance.’ (For more information go to www.BobTricker.com )
He served on the Councils of both the Institute of Chartered Accountants and the Institute of Management Accountants.  His doctorate was awarded for work on information systems and corporate strategy. He was the founder editor of the research journal Corporate Governance: An International Review, and has held professorships at eight universities around the world.
After five years at Nuffield, Tricker was invited to set up a management development centre for the Hong Kong Government, which was a stepping-stone to fourteen years in Asia-Pacific as Professor of Finance at the University of Hong Kong.  In the process, he lectured in Australia, China (in the early days of its economic rejuvenation), Japan, Malaysia, Singapore, Sarawak, Taiwan, and Vietnam (working with Russian- trained economists).  He had a hand in the development of Hong Kong’s corporate governance code, and the governance rules developed by the China Securities Regulatory Commission.
He has written many books, academic pape5rs, and professional articles (For details of books and copies of selected papers go to www.BobTricker.com).  In retirement, he writes on corporate governance and business ethics (with his wife Gretchen). He has been Chairman of the regeneration company of Brixham, a fishing port in Devon, deputy launch authority for the Torbay lifeboat, and a shareholder in two heritage sailing trawlers.  Gretchen writes that: ‘I now live with, Bob in Brixham, overlooking Brixham harbour and Lyme Bay, and among other things, worrying about the children and grandchildren, and spoiling our labradoodles, Charleston and Savannah.