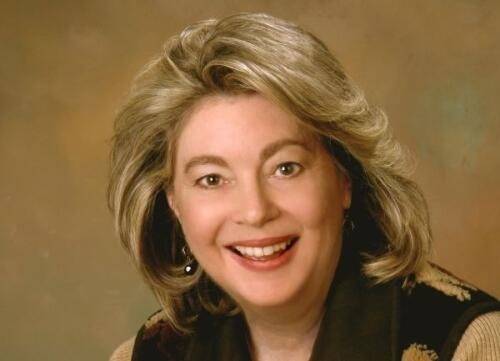 Carolyn is one of the pioneering writers of interactive digital media, first entering the then brand new field in the early 1990s. Before becoming a digital storyteller, she was a writer for newspapers and magazines, and for radio, television and feature films. In the digital media field, she has written for video games, virtual worlds, web series, interactive informational projects, smart toys, mobile apps and enhanced ebooks.

Carolyn Handler Miller is an award-winning screenwriter with a special expertise in interactive media and a sub-speciality in writing and designing projects for children and families.

Initially beginning her career as a newspaper reporter and magazine journalist, Carolyn's work spans writing for TV, feature films and books as well as interactive media.  She has been a frequent presenter-lecturer at national and international writing conferences and at universities, and has made presentations in London, Paris, Rome, South Africa, Malaysia and Australia. She also consults on projects both for traditional media (film, TV and novels) and new media works for clients both in the US and abroad.

Since entering the field of interactive digital media, she has contributed to dozens of interactive titles, including video games, projects for interactive TV, the Web, virtual worlds, and interactive toys. Her better known titles include several games in the ever-popular Carmen Sandiego series and the Toy Story Animated StoryBook, one of the best-selling CD-ROMs of all time. Clients include major Hollywood studios, Fortune 500 corporations and educational institutions.

As a TV writer, Carolyn created scripts for various daytime and nighttime episodic series, including the beloved and long running children's series, Captain Kangaroo, where she was a staff writer. She also wrote a number of Afterschool Specials (one hour dramas for teens), one of which earned her an Emmy nomination. In features, her work included several scripts on historic subjects.

A member of the Writers Guild of America, Carolyn served as Vice Chair of its Emerging Technologies Advisory Committee and of its New Media Committee, and she served as co-chair of the WGA Women’s Committee.

A native of San Francisco, California, Carolyn now lives in Santa Fe, New Mexico with her husband, Terry Borst, and her two donkeys, Minnie and Pearl. She holds a B.A. in English Literature from Cornell University and an M.S. in Journalism from the Medill School of Journalism at Northwestern University.

Primary professional interest is in narrative writing for emergent media; a practitioner (as a writer, designer and content creator) of interactive digital media; screen writer for TV and feature films

The Immersive Power of Digital Storytelling

In this video, Carolyn discusses the characteristics of digital storytelling that make this form of narrative so immersive, and talks about ways to heighten the immersiveness.

The Seven Kisses of Death

In this video, Carolyn discusses the flaws that can doom an interactive project for children, and notes a number of approaches that can lead to success.