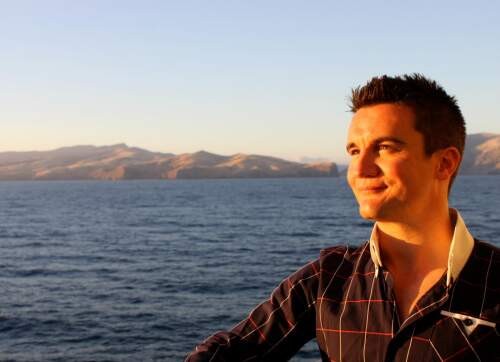 My main research interests are in the visual and intellectual culture of imperial Rome, and my work has been particularly concerned with exploring cultural differences in perception, aesthetics and sensibilities. I have published books on colour perception in ancient Rome; classics and imperialism in the British Empire; dirt, disease and hygiene in the city of Rome from ancient to modern times; and smell and the ancient senses. I am currently Editor of the Papers of the British School at Rome.

My main research interests are in the visual and intellectual culture of imperial Rome, and my work has been particularly concerned with exploring cultural differences in perception, aesthetics and sensibilities. My first book Colour and Meaning in Ancient Rome was published with Cambridge University Press in November 2009, and was longlisted for the 2011 Warwick Prize for Writing. I am also the author of several articles in the field of Roman visual culture (particularly the role of colour and form on marble sculpture), and am currently developing (along with Shane Butler, UCLA, now Bristol) a series of volumes on 'The Senses in Antiquity' for Routledge. The first of these, on the theme of 'Synaesthesia', was published in summer 2013, and I have recently edited the second instalment on Smell and the Ancient Senses, which was published in December 2014. I am also writing a journal article on the theme of 'Roman noses', partly exploring Roman approaches to smell, and partly examining the relationship between nose size/ shape and character/ behaviour in ancient thought.

I also have interests in the reception of the ancient world in modern European culture, and I am editor of Classics and Imperialism in the British Empire (2010, Oxford University Press), a collection of essays examining the interactive relationship between classical ideas and British imperialism from the late eighteenth to the early twentieth century.

As well as pursuing further research on each of these topics, I am also engaged in a long-term research project on the theme of pollution in pre-Christian Roman society, religion and culture, a topic on which I already have a number of articles. I am editor of a volume titled Rome, Pollution and Propriety: Dirt, Disease and Hygiene in the Eternal City from Antiquity to Modernity (2012, Cambridge University Press), which is based on a conference held at the British School at Rome in June 2007. I am currently working on a book on Foul Bodies in Ancient Rome, which sets out to understand how Romans of the early Empire formulated and mobilized disgust as a response to bodies that were perceived to be 'out of place' in civilized society. My first foray into this field, a study of obesity in Roman art, was published in Papers of the British School at Rome in 2011.

Administration: I have acted as Postgraduate Recruitment Officer for the Department of Classics for several years. I have also acted as the Department's Undergraduate Admissions Officer and am currently Director of Postgraduate Studies for the School of Humanities. From August 2013, I am Head of Taught Postgraduate Courses for the Faculty of Arts.

My teaching at Undergraduate and Masters level engages principally with ancient history and visual culture, particularly that of late Republican and early Imperial Rome. I have convened modules on Roman religion and early Rome, as well as the role of Classics in modern popular culture. In 2012, I taught a new module on 'Colour and culture in the Mediterranean world', which is based on the work of my first book and explores the role and significance of colour perception in Greco-Roman culture. I have also convened and taught key first-year and second-year modules on the Roman world, classics and popular culture, and the Extended Source Study, as well as a new module on Studying Classical Scholarship. I am also trained in advanced Latin and Greek language and literature and have taught both at all levels.

I also have skills in the interpretation of visual culture (alongside literary and linguistic material) and have published articles on the interpretation of coloured marbles in early imperial Rome and the significance of paint on ancient marble sculpture, as well as my book on the role and significance of colour in ancient Rome. I am referee for the 'Copenhagen Polychromy Network Project', an initiative based at the Ny Carlsberg Glyptotek at Copenhagen to further the study and reconstruction of paint traces on classical sculpture. From 2011-2014, I was also Director of Nottingham University's Urban Culture Network, and in 2014 co-organised a major cross-displinary conference on 'Urban Mapping: Approaches to Cartography in the Arts and Sciences'. I was also founder of a collaborative project between the Departments of Classics and Archaeology at Nottingham and the School of Ancient History and Archaeology at Leicester on the theme of 'Mediterranean Identities: Culture, History and Archaeology' (MICHA), the first conference of which was held in March 2010. I am also a member of the Nottingham Institute for Research in Visual Culture (NIRVC).

I am also extensively involved in Outreach and Knowledge Transfer activities. I have been responsible for designing online Activities in Classical Studies for the national Young, Gifted and Talented programme. These Activities, together with short movies and suggested responses, can be viewed on the YGT website. I was also Treasurer for the Nottingham Branch of the Classical Association from 2008 to 2012. I have also appeared as academic consultant for the making of the 1960s Doctor Who: The Romans, released on DVD in 2009. I was also Lead Consultant for a BBC4 series on religion in the city of Rome from paganism to Christianity (Rome: a History of the Eternal City), presented by Simon Sebag Montefiore and aired in December 2012; the episode in which I was interviewed can be viewed here. I was also a consultant and talking head for a BBC1 documentary titled 'Invisible Rome', presented by Alexander Armstrong and Michael Scott, which was aired in February 2015.