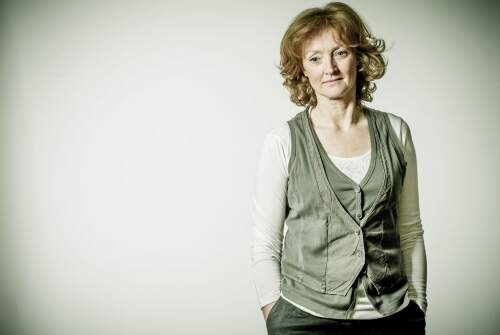 I am an actor, director and educator. Over the last decade I have created the Hunter Heartbeat Method; a series of sensory drama games that use Shakespeare to combat the difficulties of autism. These games have formed the basis for a longitudinal study at Ohio State University. I have set up Flute Theatre to create unique theatrical productions of Shakespeare, that may be accessible for people with no access to the arts including those on the autism spectrum.

Over the last thirty years I have performed major roles at the RSC, National Theatre and English Touring Theatre. I have  also worked extensively in film, TV and radio.

From 2001-2006 I ran Touchstone Shakespeare Theatre, which I set up as a company to offer Shakespeare to children with no access to the arts. During this time I directed Dreams and Voices, a film that documents her work with children on the autism spectrum and is available to watch on the Routledge Performance archive. Since 2009 I have worked with children on the autism spectrum at The Village School in Brent. In June 2014 I directed The Tempest for children with autism, which performed in Stratford upon Avon and Columbus Ohio.

I have directed numerous productions of Shakespeare for UK and US students including The Tempest, King Lear, A Midsummer Nights Dream, Twelfth Night, Cymbeline,Macbeth and Hamlet – firstly with an all female cast and secondly with students at Central School of Speech and Drama. I also teach Shakespeare to students both in the UK and the US. My second book -  Cracking Shakespeare; A hands-on guide for actors and directors  - will be published by Methuen in 2015.

I have over thirty years professional experience working in theatre.

A six minute film with footage from the production plus interviews with myself and the actors.