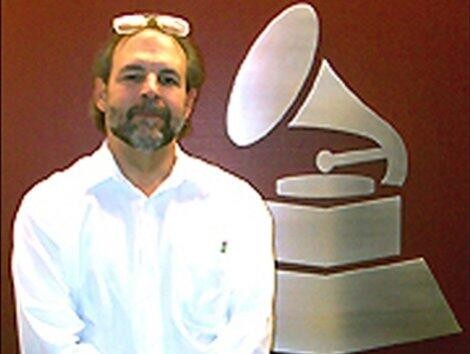 RJ Miller has composed, orchestrated, arranged, conducted and/or produced recordings with the London Philharmonic and the St. Petersburg Philharmonic, and for such films as the digital re-release of The Last of the Mohicans and The Lost World. His credits appear on over 300 CDs, videos, film, and television productions. His courses at the Metropolitan State University of Denver include Arranging and Orchestration, Arranging for Music Educators, and Scoring for Film and Television.

RJ is an active voting member of the National Academy of Recording Arts and Sciences (the Grammys®), a member of ASCAP, a member of Pi Kappa Lamda (current Secretary of the Kappa Theta Chapter), and a member of the College Music Society (current Music Technology Representative for the Rocky Mountain Chapter), and a member of ATMI (Association for Technology in Music Instruction). The National Academy of Recording Arts and Sciences has selected him to serve on multiple judging committees for the Grammy Awards® (a confidentiality agreement with NARAS precludes the disclosure of the specific categories). At The Metropolitan State University of Denver, Professor Miller's instructional responsibilities include Arranging and Orchestration, Arranging for Music Educators, Scoring for Film and Television, and he serves as the Department Coordinator of Music Technology. Additionally, he has taught a section on creating music for games in the Survey of Computer Games class (TechComm department). In selected seminars, he lectures on scoring for film, television and digital media, the recording studio process and CD production, and ethical music entrepreneurship.

Other useless trivia:
Exploiting an extensive background in math and physics, RJ spent two years as a Quality Control Analyst for a NASA sub-contractor (analyzing elements of the guidance systems for the C4 anti-ballistic missile system and the Space Shuttle solid-fuel boosters) while attending graduate school.