Amedeo Policante is Assistant Professor at the University of Nottingham.

He holds a Ph.D. in Politics and International Relations from the University of London, Goldsmiths College, where he has been an active member of the Research Unit in Politics&Ethics. His research intertwines international relations and the history of political thought, focusing especially on war and international violence in its many forms. He is the author of 'I Nuovi Mercenari' (Ombre Corte, 2012), investigating the changing role of mercenary forces in the modern international system; and 'The Pirate Myth' (Routledge, 2015) focusing on piracy, imperialism and international law. His work has been disseminating via traditional means such as magazines, newspapers and indexed journals such as: Theory&Event, Work&Days, Globalizations, Global Discourse, The Cultural Logic, etc.; and alternative means such as 'The Pirate Camp', a collaborative artistic project featured at the 54th International Art Exhibition of the Venice Biennale. 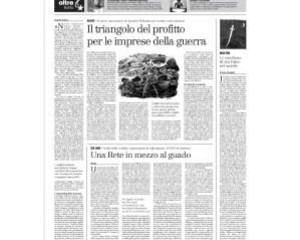 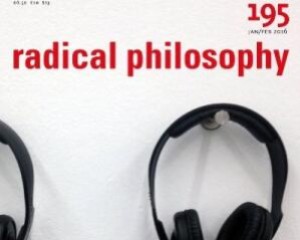 Review of 'The Pirate Myth' in RADICAL PHILOSOPHY 195

Radical Philosophy, Issue 195 features a brilliant review of 'The Pirate Myth', which is now available here.

The Pirate Myth, like its subject, does not fit easily  into any one discipline. Drawing on a range of literatures, from the epic poetry of Habsburg Iberia to the legal history of Carl Schmitt, Policante offers an ambitious and erudite genealogy of the concept  of piracy and its constitutive role in international relations. [...] The Pirate Myth rescues the pirate from the marginalia of international relations, throwing a light on  his role as empire’s constitutive antagonist.